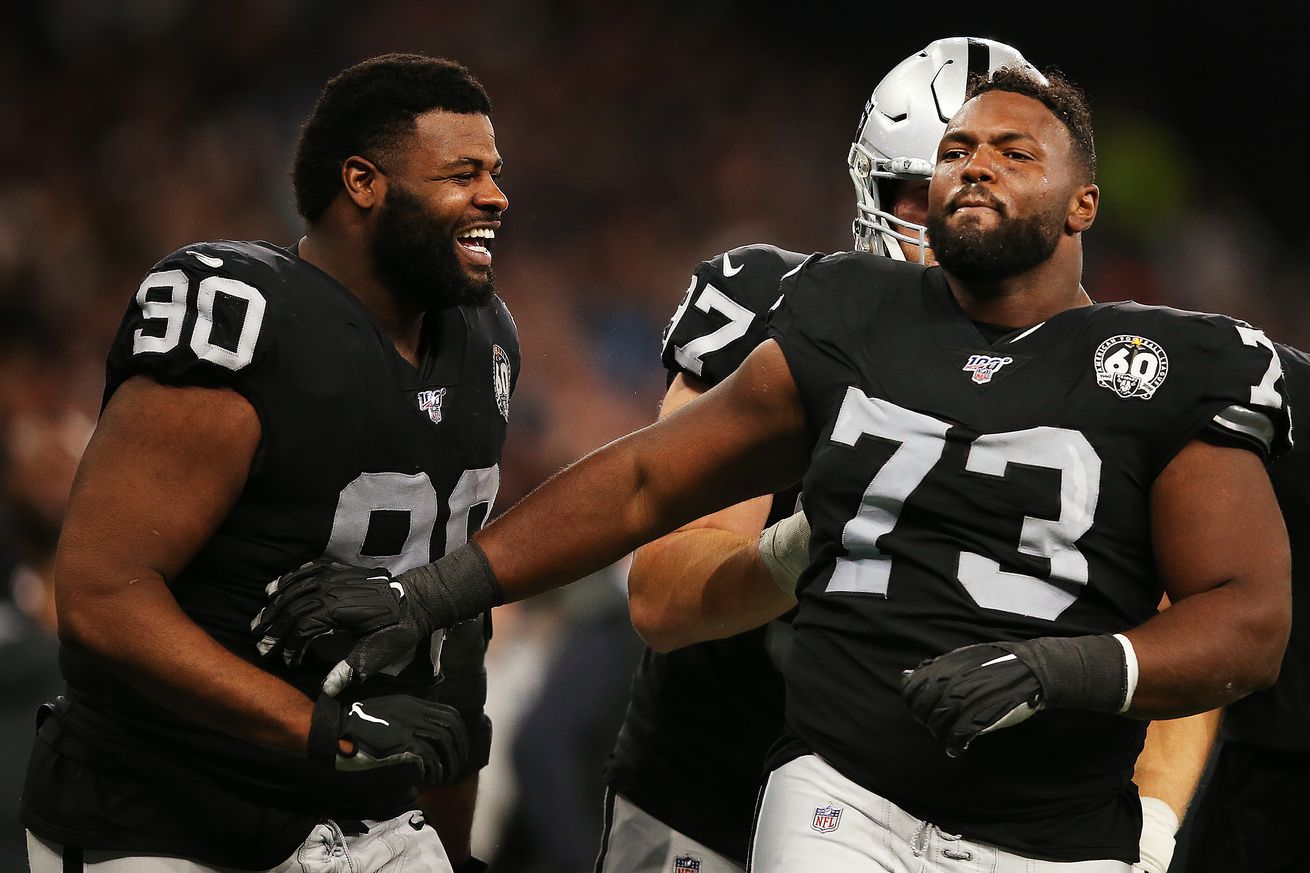 Kolton Miller and Maurice Hurst can save the class

The departure of injured cornerback Nick Nelson on Monday means that the Raiders have now cut a third of their nine 2018 draft picks. Nelson is technically still part of the organization, but he will very likely not be with the team soon.

The former fourth-round pick joins punter Johnny Townsend (fifth) and linebacker Azeem Victor (sixth) as 2018 draft picks who are no longer on the roster. Cutting a third of a class within 25 months of a draft is not ideal, to say the least.

Also, only two of the nine picks have made a consistent positive impact so far.

Let’s breakdown the remaining 2018 draft picks on the Raiders’ roster:

Kolton Miller, first round
The left tackle has been solid, but not great yet, but he still has room to develop and is a legitimate starter. The Raiders hope to see continued strides from Miller in Year Three. If so, he will very likely be given the his fifth-year option.

P.J. Hall, second round
This pick hasn’t worked out well. Many people around the league thought the defensive tackle was a reach and he has done little to prove otherwise. He was reportedly on the trade block this offseason, and it wouldn’t be a surprise if Hall doesn’t make the team.

Brandon Parker, third round
The Raiders traded up to the first pick of the third round to get Parker, a small school player. who was also considered a reach. He has made even less than an impact that Hall. Parker too could have tough time making the roster this season.

Arden Key, third round
His draft stock fell because of character concerns. Key hasn’t been an off-field problem for the Raiders but he hasn’t made an impact on the field. With the emergence of 2019 fourth-round pick Maxx Crosby and the signing of Carl Nassib, Key may be running of time with the Raiders. He needs to show them something in training camp.

Maurice Hurst, fifth round
He may be the best pick of the class so far. He fell in the draft because of medical concerns but Hurst has been healthy and solid. He has a chance to become a foundation player.

Marcell Ateman, seventh round
He has bounced from the practice squad to the active roster. With so many additions at the position this offseason, Ateman will be challenged to make the roster.

Conclusion: This class will likely not be remembered as a great group, but if Miller and Hurst can both earn a second contract and remain starters, the Raiders will get some decent value out of the 2018 draft.