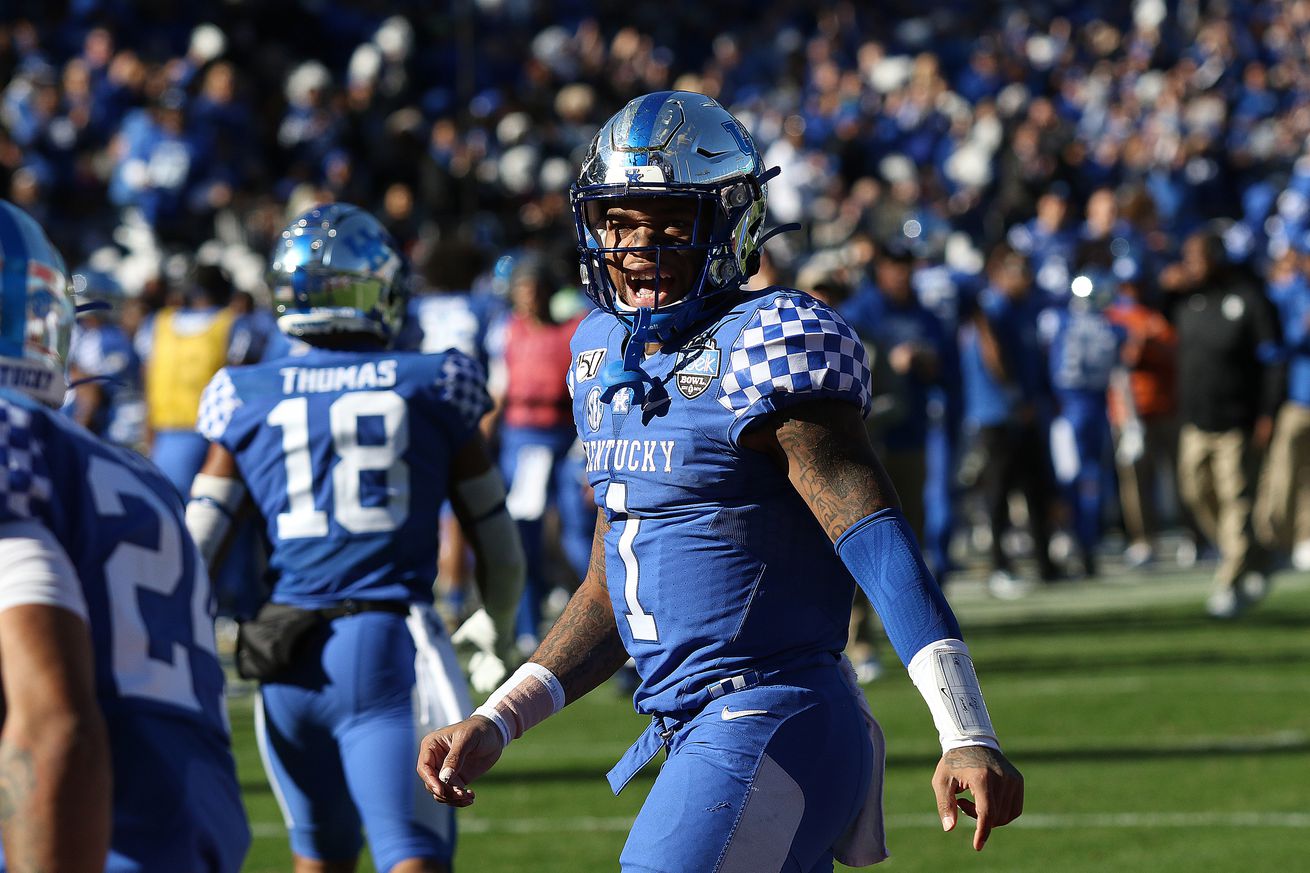 Third-round draft pick was handcuffed, but no arrests made

UPDATE: Lynn Bowden Jr.’s agents at Element Sports Group released a statement saying that Bowden fully cooperated with authorities and was released at the conclusion of the search.

PREVIOUSLY: Las Vegas Raiders rookie Lynn Bowden Jr. was at the home of his grandmother in Youngstown, Ohio, when it was raided by U.S. Marshals and DEA officers on Wednesday morning, according to local TV station WKBN.

Bowden was reportedly handcuffed, but not arrested, and there were no arrests after the raid. However, WKBN reported that officials seized a number of loaded assault rifles and handguns during the search, which occurred at about 8 a.m. ET.

Bowden was reportedly among others who stood on the porch in handcuffs during the search. The report stated that police had made undercover drug purchases at the home, but it stated it wasn’t known whether Bowden was involved in any of the illegal activity.

The Raiders took the star from Kentucky in the third round at No. 80 overall. They are planning to use Bowden, who played receiver and quarterback in college, mostly as a running back and he is expected to play immediately. Like the other six Raiders’ draft picks, Bowden has not signed his contract.

The Raiders released a statement early Wednesday morning, saying they have been in contact with Bowden.

Statement from the #Raiders:
“The Raiders are aware of the situation and are in communication with Lynn Bowden Jr. We will not be commenting further at this time.”

The initial report said the raid happened at Bowden’s house, but a further report said it was his grandmother’s home, where he grew up and but is not currently living, according to Kyle Tucker of The Athletic.

Worth noting that although Lynn Bowden grew up there and is at the house presently, the home being searched by law enforcement in Youngstown is his grandmother’s and he is not among the more than a dozen official residents.