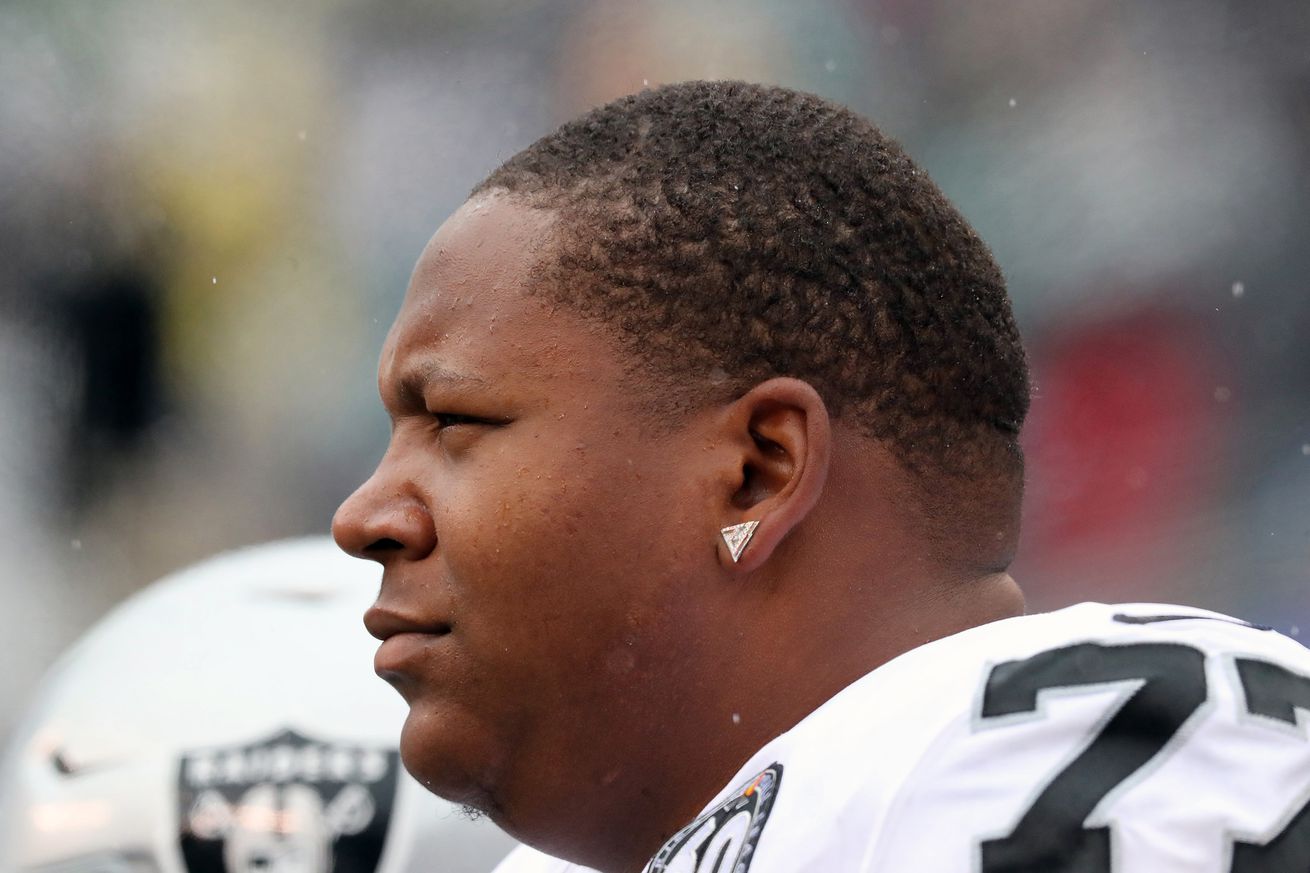 Raiders right tackle has been dealing with lingering calf injury

The Las Vegas Raiders breathed a sigh of relief on Tuesday when it was determined that the calf injury right tackle Trent Brown is dealing with is not serious and he may be able to play Monday night against the New Orleans Saints, according to the NFL Network.

More good news on the injury front for the #Raiders. OT Trent Brown, who left Sunday’s win early because of his calf, is not believed to have suffered a serious injury, source said. Usually being ruled out is bad news, but not in this case. He has a chance to play this week.

Brown left the Carolina win on Sunday after one series after having missed virtually all of training camp with a calf injury.

On Monday, Raiders coach Jon Gruden admitted he was concerned about Brown. His replacement against the Panthers, Sam Young, had to leave with a groin injury. Guard Denzelle Good took over and excelled. With Brown being monitored this week, Good will likely prepare to play against the Saints as well.

Brown has struggled to stay healthy since signing a monster contract with the Raiders in 2019. Yet somehow, the team has performed well without him.

Check out these numbers:

Trent Brown has played 10+ snaps in only 10 of 17 games for #Raiders since signing 4-year, $66 million contract. He missed 5 entirely and left with injuries in 2 others. Raiders averaged 18.2 ppg in the 10 games he played extensive time and 23.6 in the games he has mostly missed

Still, he is the type of player you want on the field.