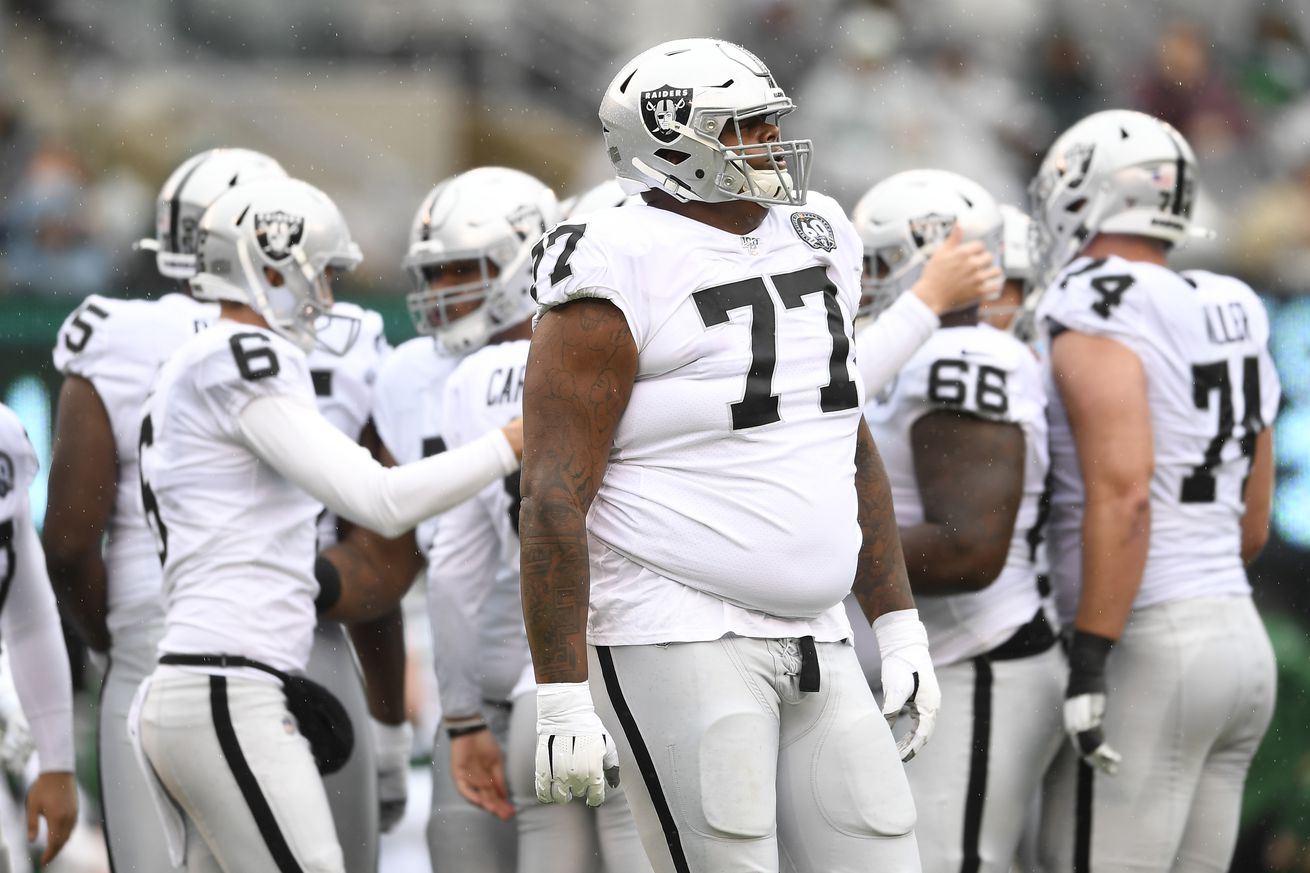 Right tackle will spend Sunday night in hospital under observation

There was a scary scene in the Las Vegas Raiders’ locker room in Cleveland on Sunday prior to the game against the Browns.

NFL Media reported standout right tackle Trent Brown had a complication with an IV treatment and it caused him to get ill enough to have to be taken to a local hospital, where he will spend Sunday night as a precaution. Brown will fly back to Las Vegas on his own when he is released from the hospital.

#Raiders OT Trent Brown was hospitalized today after a mishap with his pre-game IV that caused air to enter his bloodstream and required immediate medical attention, per me and @TomPelissero. Brown will stay overnight for further tests.

After Brown was listed as inactive, the Raiders announced that he was ill but that it was not related to the coronavirus.

Brown was lifted off the reserve/COVID-19 list Friday after being on it for nine days. After the game, Raiders coach Jon Gruden didn’t get into details about Brown’s situation, but he did say he was informed Brown will be OK.

Raiders’ quarterback Derek Carr hinted that it was a scary scene by saying Brown was “wheeled out” of the team’s locker room and said teammates were praying for Brown.

Sam Young played in place of Brown but left with a knee injury in the second quarter. Brandon Parker finished the game at right tackle in the Raiders’ 16-6 win over the Cleveland Browns.