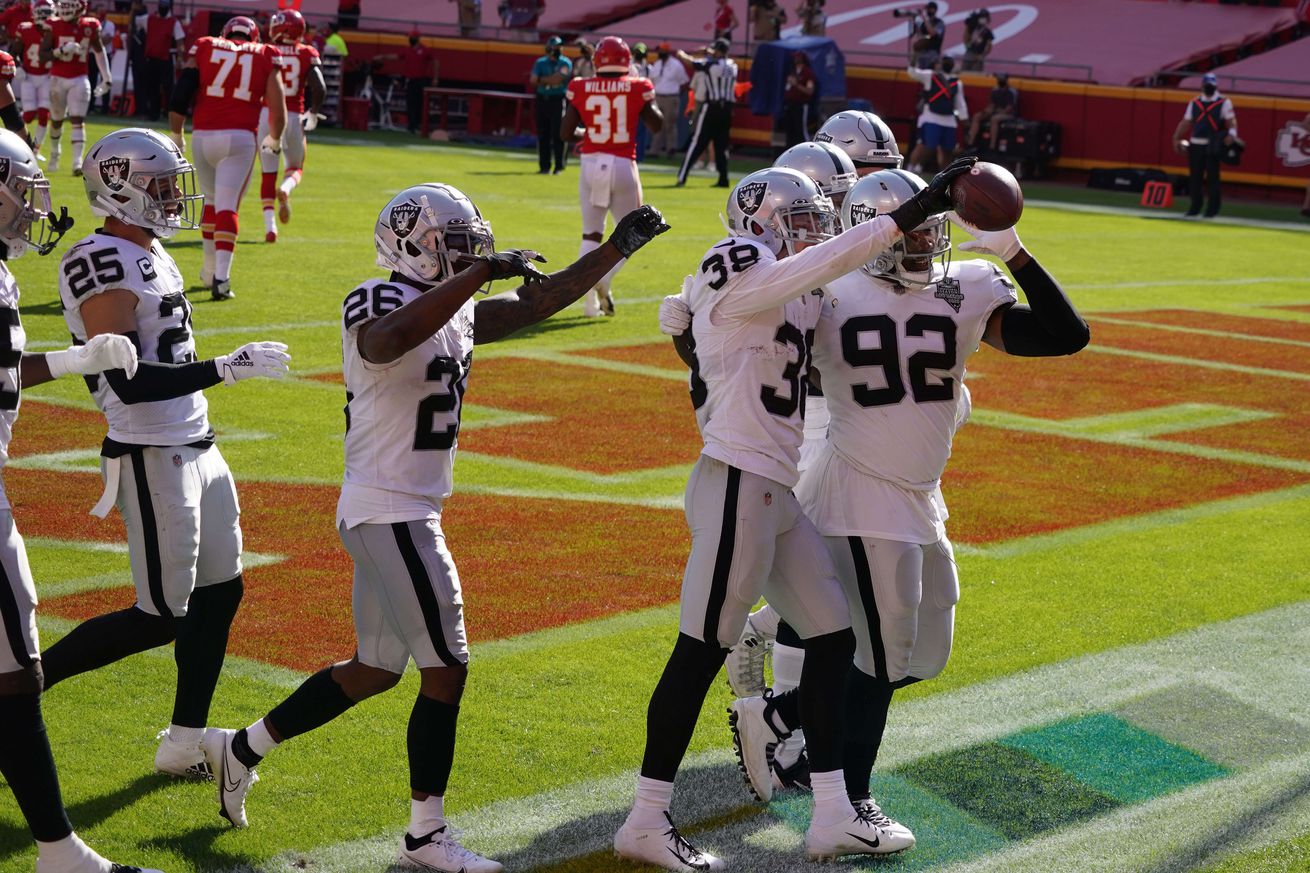 Add another chapter to one of the greatest and oldest rivalries in the NFL.

Via the Kansas City Star, the Raiders’ team busses was seen taking a victory lap around Arrowhead Stadium on Sunday with their police escort after the upset 40-32 victory over the Chiefs.

It was the Raiders’ first win in Kansas City since 2011, the first of the Derek Carr era and the first win over the Chiefs in five tries in Jon Gruden’s return to the Raiders.

If true, it shows that the Raiders were fired up and the excitement continued in the parking lot before the team headed to the airport for a joyful flight home.

Per one of my contacts. The Raiders requested the police escort allow them to “take a victory lap” around Arrowhead Stadium in the team buses before they headed up to the airport.

This report, of course, then fired up Chiefs fans. I get it. No one wants their home disrespected. There’s one way of making sure that doesn’t happen again: Don’t lose.

Did this even happen? Who knows? But I can see Gruden enjoying a ride around Arrowhead Stadium and, you know what? So what if it did happen?

This was the biggest Raiders’ win of the second Gruden tenure. The Raiders should have enjoyed every minute of Sunday and if that included a joy ride around the stadium, so be it.