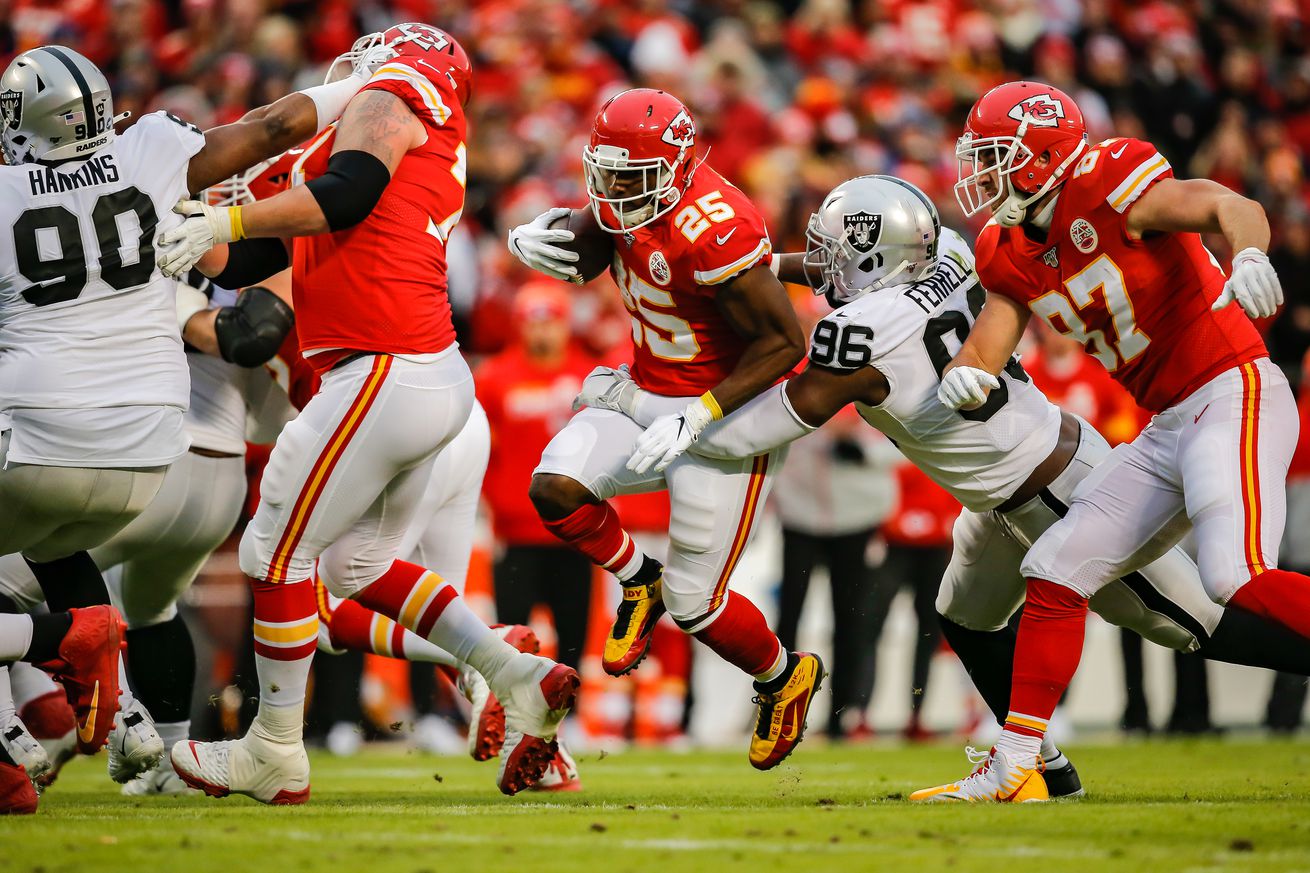 The Raiders were clearly determined to add a veteran presence at the running back room after the draft.

The NFL Network reported Thursday that the Raiders were in discussions with veteran running back LeSean McCoy, who was a backup with Super Bowl champion Kansas City last season.

These are things I did say on @nflnetwork earlier, yes. https://t.co/fD48XGkl2Z

The Raiders ended up signing former Denver running back Devontae Booker. He is not a sure thing to make the roster, but the Raiders would like him to be a backup for second-year star Josh Jacobs.

Before adding Booker, who will turn 28 this month, the Raiders were looking at older veterans. They previously talked to Frank Gore, who signed with the Jets. Gore turned 37 Thursday. Now, the word comes that the Raiders were in talks with McCoy. He will turn 32 in July.

McCoy is still a free agent. His production has declined steadily in recent years — he ran for, at least, 1,138 yards in four of five seasons spanning 2013-17 — yet, he complied a total of 979 yards the past two seasons.

It’s conceivable the Raiders could still add McCoy, especially if he remains unsigned during camp and there is an injury.

Oh, and, who could ever forget the day McCoy wore Raiders’ gear to an NFL game he was playing in with the Eagles?