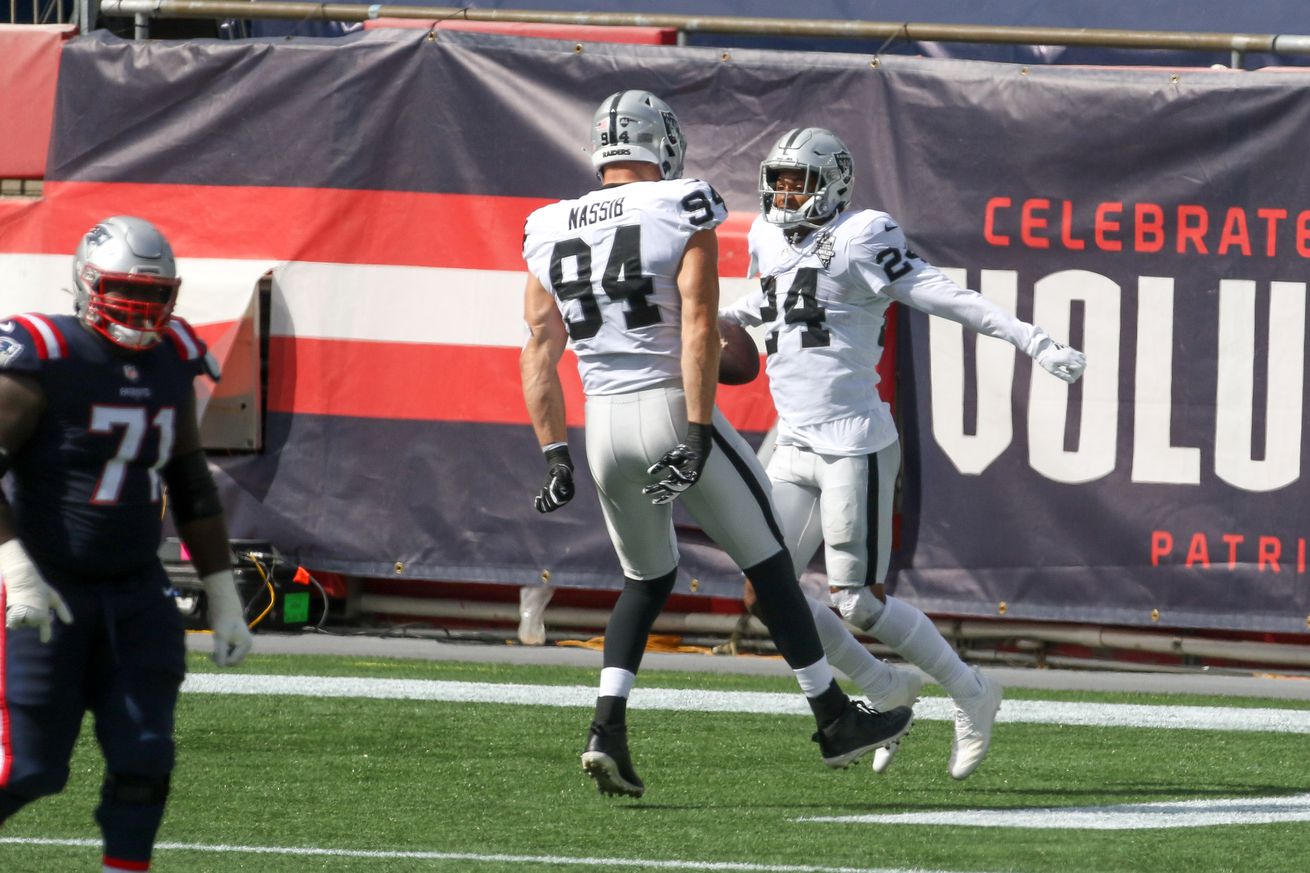 Rotational player could miss some time, but it is unclear how much yet

While the Las Vegas Raiders are getting healthy for the most part, they did suffer an injury in their huge Week 5 win at the Kansas City Chiefs on Sunday.

Nassib only played five snaps against Kansas City. Even though it seems like a small issue, a broken big toe can hamper a pass-rusher who uses his feet to push off. The Raiders have a bye this week, but it wouldn’t be a surprise if Nassib isn’t fully healed by Week 7 when the Tampa Bay Buccaneers come to town.

The Raiders should be able to navigate without Nassib, who signed a three-year $21 million deal this offseason as a free agent. Fellow backup Arden Key has been playing more than Nassib in the rotation. They could also promote Datone Jones form the practice squad if Nassib needs time to heal.