This week, the NBA suspended their playoff games in the aftermath of the police shooting of Jacob Blake in Kenosha Wisconsin, along with the murder of two protestors by 17-year-old militant Kyle Rittenhouse.

It started with the Milwaukee Bucks boyocotting their playoff game and the rest of the league soon joined them. The players wanted to make this more than an empty statement. They wanted some action.

One of the actions that the NBA and NBPA has announced is they’re making all arenas across the country into voting locations for the November 3rd Presidential election.

Full release from the NBA and NBPA: Social justice coalition being formed; team governors working to convert all arenas into location for 2020 general election; advertisement spots to promote civic engagement and awareness. pic.twitter.com/piU3gmOxgh

This action was commendable. In terms of the NFL, the first team to step up and demand actual action was the Baltimore Ravens.

Statement from the Baltimore Ravens: pic.twitter.com/Q8kOzQ8qAZ

As these things happen, once that door is opened, other teams follow suit. The Raiders tweeted out moments ago, an image of what looks to be wide receiver Tyrell Williams wearing a T-shirt that reads “Stop Killing Black People!”

The Raiders are supportive of the cause of fighting racial injustice and it sounds like they too would like to do more than just talk. They would like to do what the NBA is doing in making the stadium a voting location, according to ESPN’s Paul Gutierrez.

Source: #Raiders are hoping to use @AllegiantStadm as a polling place on election day.

It would be all the more meaningful in Las Vegas considering there is no NBA team in town. 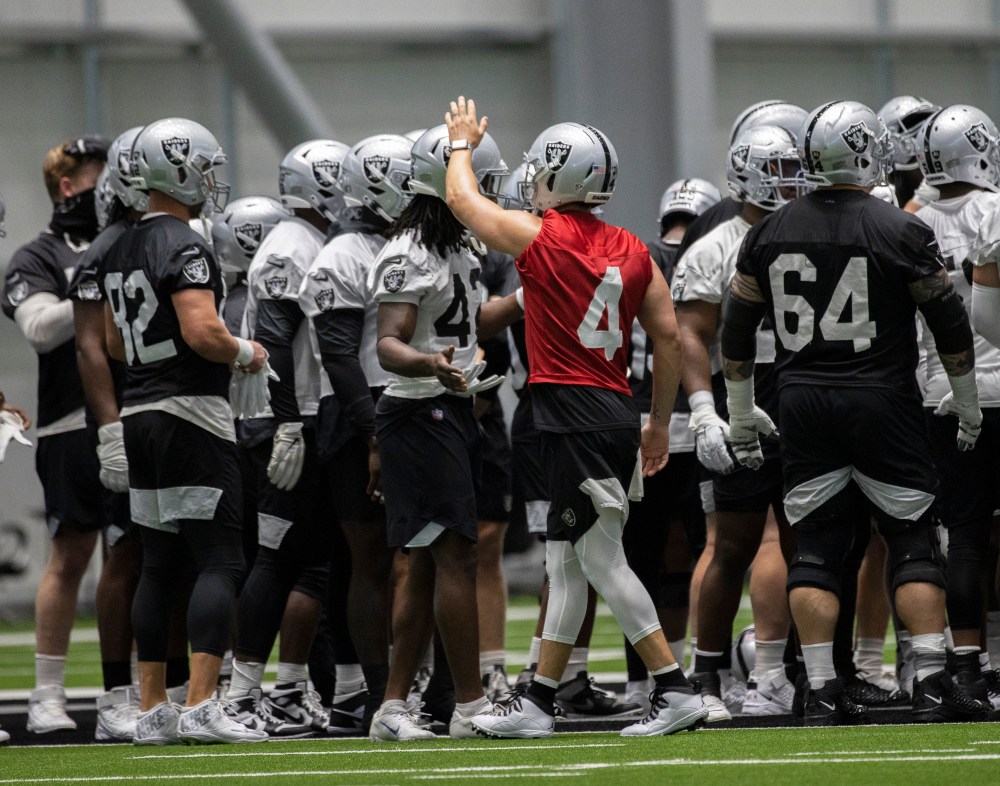