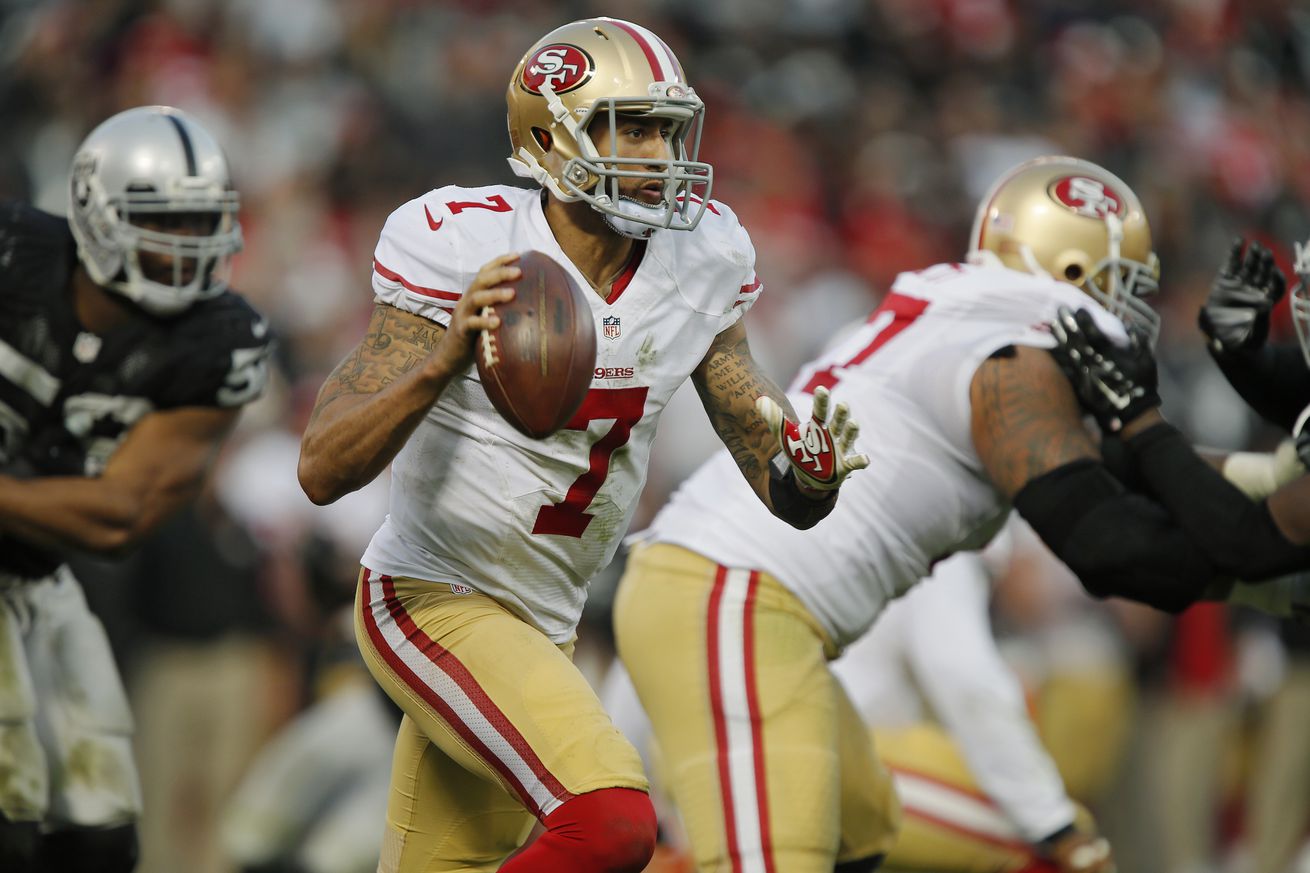 Apparently, Jon Gruden has the green light if he wants Colin Kaepernick on the Las Vegas Raiders’ roster.

Raiders’ owner Mark Davis told ESPN.com on Wednesday that he has given his blessing to Raiders’ coaches since 2017 to sign Kaepernick if they wanted.

Just spoke w/#Raiders owner Mark Davis, who said team employees have a “company-paid day off on Juneteenth.” Also asked about @Kaepernick7, Davis said, “Since 2017, I’ve told the coaches and general managers that if they want to hire Colin Kaepernick, they have my blessing.”

Jack Del Rio was the Raiders’ coach and Reggie McKenzie was the general manager back in 2017-18. Gruden didn’t take back over as coach — and final decision-maker — until 2018.

So, according to Davis’ timeline, Gruden has had the ability to sign Kaepernick the entire time he has been back with the Raiders.

Quarterback is Gruden’s pet position and the fact that he has signed so many with Kaepernick being a possibility shows that he likely wasn’t interested in signing Kaepernick for whatever reason.

With the NFL reportedly easing its stance on Kaepernick — he hasn’t played in the NFL for four years since he led a movement to kneel to protest police brutality during the national anthem — perhaps Gruden will re-consider signing him.

Roster-wise, it would be a surprise if Gruden signed Kaepernick for the 2020 season. His quarterback room is pretty entrenched with Mariota as Carr’s backup.

However, with Davis’ blessing, the Raiders remain cleared to sign Kaepernick if the coach wants him.