Davante Adams was absolutely dominant on Sunday. The Chargers simply had no answer for him as he was open all over the field. His two touchdowns in this game were backbreakers for Los Angeles and they might have ended their season.

Adams has been on a tear lately for the Raiders as he’s totaled 664 yards and seven touchdowns in his last five games. No receiver in the NFL has been better over the last two months of the season.

In a recent article by Gordon McGuinness of Pro Football Focus, he wrote about some of the best performances from Week 13. That included Adams, who was the highest-graded receiver of the week. Here is what he had to say about the All-Pro receiver:

“Adams has dominated as a member of the Raiders this season, with six 100-plus-yard receiving games heading into Week 13, and he racked up 177 yards on two touchdowns against the Los Angeles Chargers to add to that tally. Coming on 30 receiving snaps, Adams averaged 5.90 yards per route run in the win and saw 10 of his 12 receptions either move the chains or put points on the board.”

Despite losing Hunter Renfrow and Darren Waller for most of the season due to injuries, Adams has managed to be productive in this offense. In fact, he’s among the most productive receivers in the NFL as he leads the league in touchdown receptions.

Adams is doing everything the Raiders had hoped for and more when they traded for him in March. He’s been a superstar and among the best receivers in the league this season. 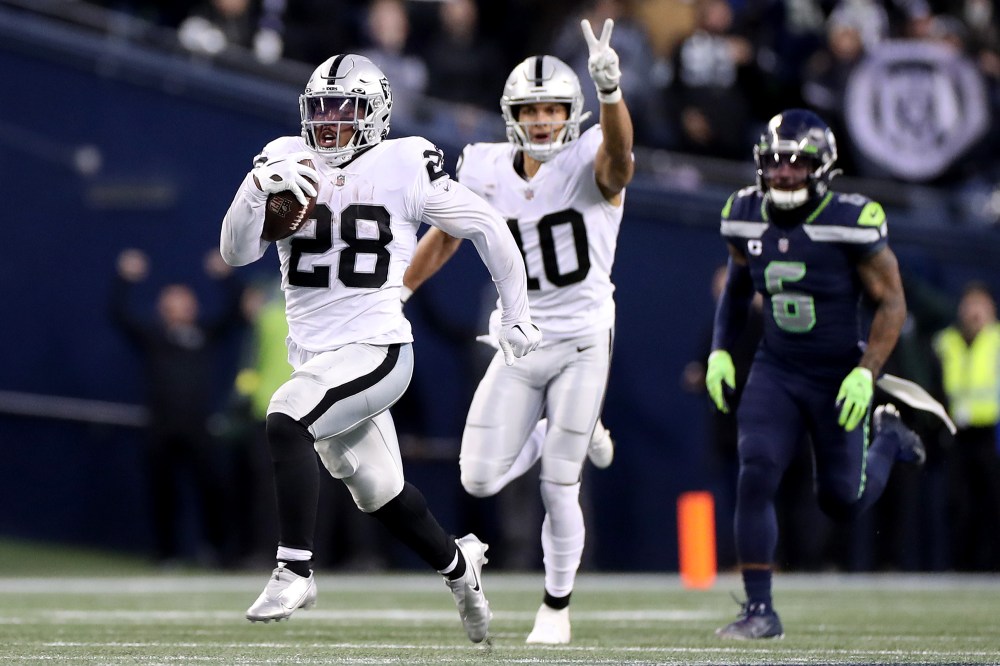