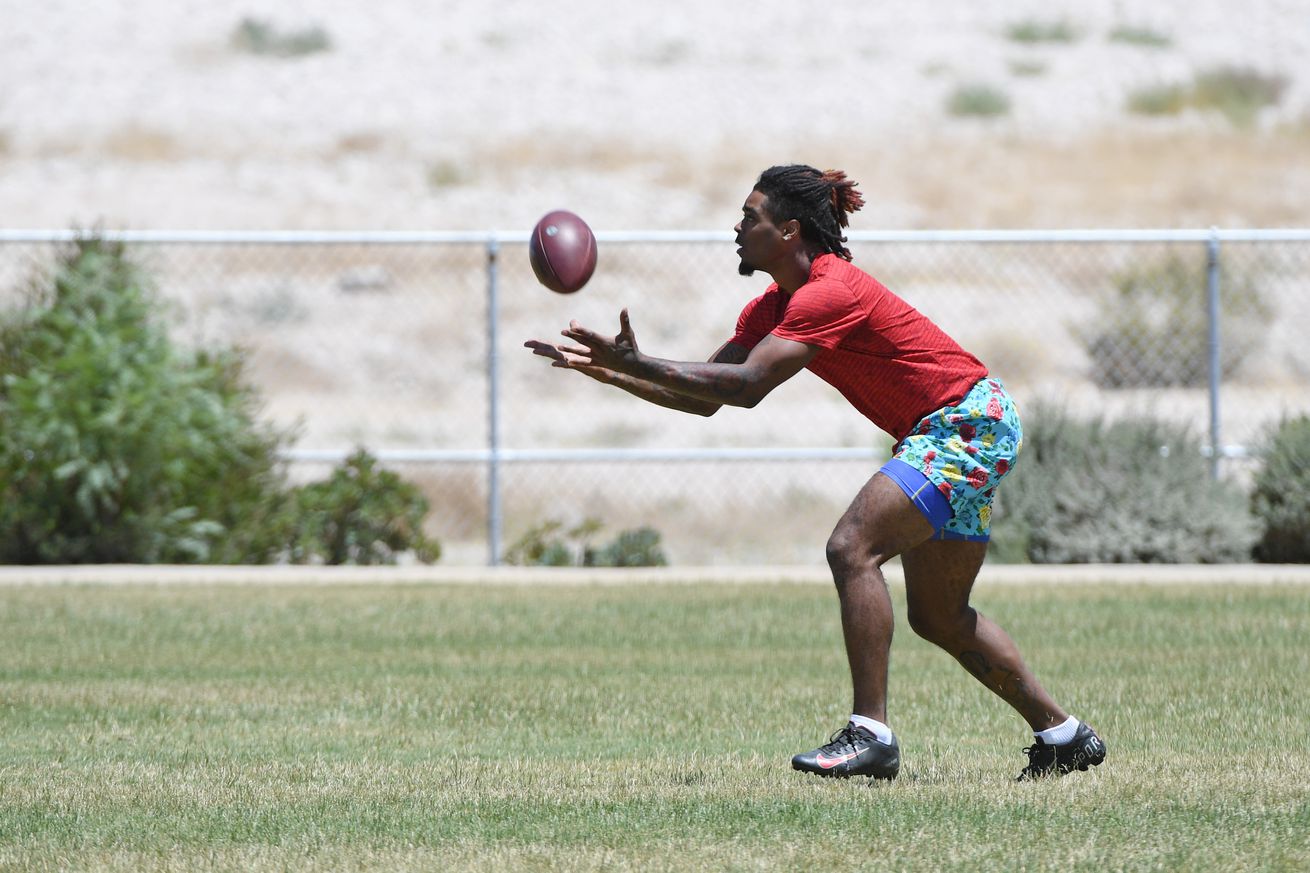 The Las Vegas Raiders released their first injury report of the season on Wednesday ahead of Sunday’s season opener at the Carolina Panthers and three starters were limited in practice.

They are rookie cornerback Damon Arnette (thumb, groin), right tackle Trent Brown (calf) and defensive tackle Maliek Collins (thigh). Players are routinely limited in practice early in the week and end up playing. The key will be Friday’s final injury report on all players. But it is a good sign all three players were on the field in some form Wednesday as the Raiders began to prepare in earnest to face the Carolina Panthers. It is also a good sign is every Las Vegas player practiced in some from Wednesday.

It was reported last week that Arnette had a thumb fracture and he had a protective covering on and he has been practicing with it.

The groin injury was not previously reported. Arnette was a first-round pick and is expected to start against the Panthers.

Brown missed virtually all of the past month and now we know its because of a calf issue. The Raiders hadn’t given any information on it. He returned to practice Monday. As for Collins, he has been practicing as well.

Receivers Bryan Edwards (knee) and Nelson Agholor (groin) were on the injury report, but both practiced fully. Both players are expected to have big roles Sunday. Linebacker Nicholas Morrow (knee) also practiced fully.