On Monday, the Raiders officially announced their signing of cornerback Prince Amukamara. To make room on the roster, they waived fellow corner Nick Nelson with a failed-physical designation. 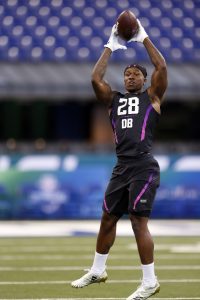 Nelson was cut with a failed physical designation, bringing his Raiders run to a close after just two years. Nelson was a fourth-round pick of the (then Oakland) Raiders in 2018 and saw time in ten games as a rookie. Last year, however, he spent most of his time on the practice squad. Jon Gruden called him up to the varsity squad ahead of Week 15, but he landed on injured reserve before the season finale.

Unfortunately, Nelson is no stranger to the injury bug. Just weeks before the draft, Nelson suffered a torn meniscus during a private workout for an NFL club. The Raiders still used a fourth-round choice on the 5’11” Wisconsin product, believing that his coverage skills would translate to the pro game and make up for his stature.

If Nelson goes unclaimed in the next 24 hours, he’ll be free to sign with any team. If he gets picked up, his new team will be on the hook for the two remaining years on his deal.