After not having a fourth-round pick due to an earlier trade, the Raiders moved up in the fifth round to pick No. 143. In order to acquire this pick, the Raiders gave up picks No. 162 and No. 200. With that selection, the team drafted Tyree Gillespie, a defensive back from Missouri. 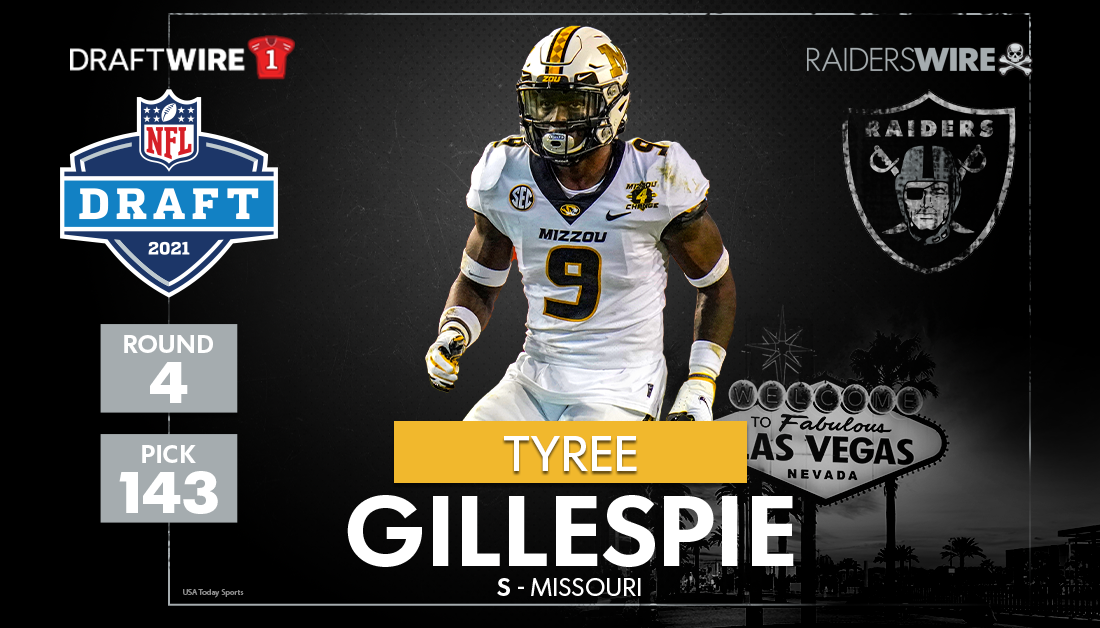 Gillespie can play both linebacker and safety, but his best spot is probably in the secondary. It’s clear the Raiders are trying to add more second-level defenders and Gillespie is likely to back up Johnathan Abram and Karl Joseph.

Gillespie was one of the highest-graded players available on the board, according to Mel Kiper Jr. and Todd McShay of ESPN. In terms of value, this may have been one of their best selections yet.