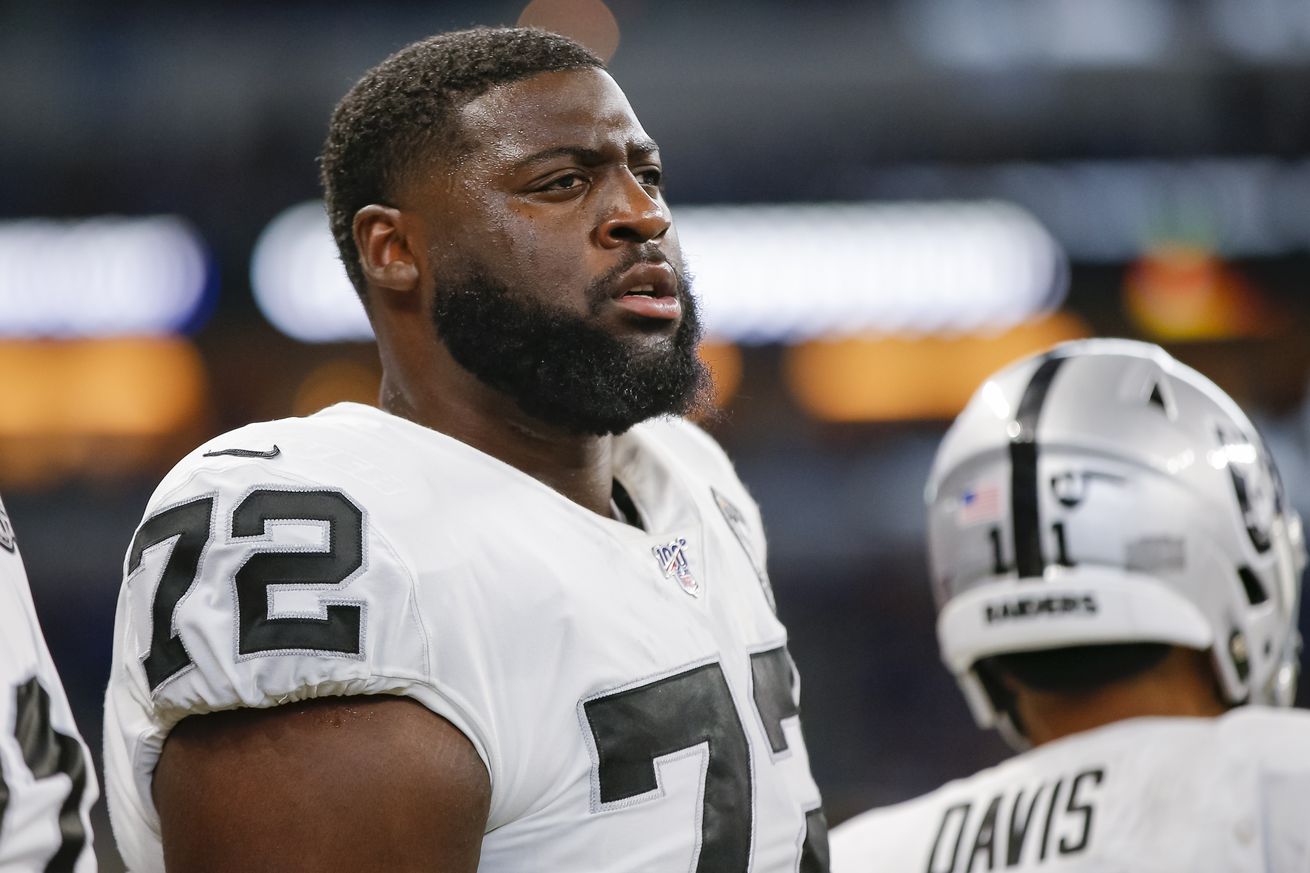 As they work toward Saturday’s cut-down day, the Raiders have sent backup tackle David Sharpe to the Washington Football Team in a deal that includes a swap of late-round picks.

Washington has traded its 2021 6th-round pick to the Las Vegas Raiders for T David Sharpe and a 2021 seventh-round draft pick, per team.

It was likely that Sharpe was not going to make the Raiders’ roster, so it’s nice they were able to get some value for him. He reunites with Jack Del Rio, who was the Raiders coach when Sharpe was drafted in the fourth round in 2017 out of Florida. Del Rio is now Washington’s defensive coordinator. Sharpe protected Del Rio’s son, Luke, in college at Florida.

Jon Gruden cut Sharpe, 24, in 2018 and then brought him back later that year. With Sharpe gone, it likely means veteran Sam Young will be the swing tackle. Brandon Parker, a 2018 third-round pick, could also make the roster.