It’s a youth movement in the Raiders secondary in 2020, and a lot of pieces have to fall into place for the unit to succeed, especially without a preseason to work out the kinks.

Luckily for coach Jon Gruden, one of the group’s leaders has taken an abundance of mental reps over the last year and is ready to call the shots from the back end.

Second-year safety Johnathan Abram, who missed all but one game last season, apparently used his spare time to learn the playbook and is more comfortable imparting his knowledge pre-snap, according to coach Jon Gruden.

“I think he’s becoming a better communicator which you have to be in the back end. I mean, you have to be able to recognize splits, formations, know the situation and communicate that to those around you,” Gruden said of Abram on Wednesday. “We’re hoping we can create an identity on that side of the ball centered around a bunch of young guys. So, he’s a key, no doubt. And those are the key things, I think.”

The Raiders are set to start young cornerbacks Damon Arnette and Trayvon Mullen on the outside, and they’ll need leadership, even if it comes from another young player in Abram.

“As far as communication, I understand it a lot more,” Abram told reporters on Wednesday. “I see things before they happen, so I just try to make sure everybody on the field know. No need to let people run into the blind when I know what’s going on.”

The Raiders are in their third year of a rebuild, and an abundance of young players must step up. Abram especially must take command of the secondary. He thrived in that role at Mississippi State, and it’s clearly Gruden’s plan to have a similar situation in Las Vegas.

Hopefully for the Raiders, Abram’s missed time on the field will add up to increased knowledge this season, which actually pays off in the long run as he leads his young crew.

LOOK: Best images from the Raiders practice at Allegiant Stadium 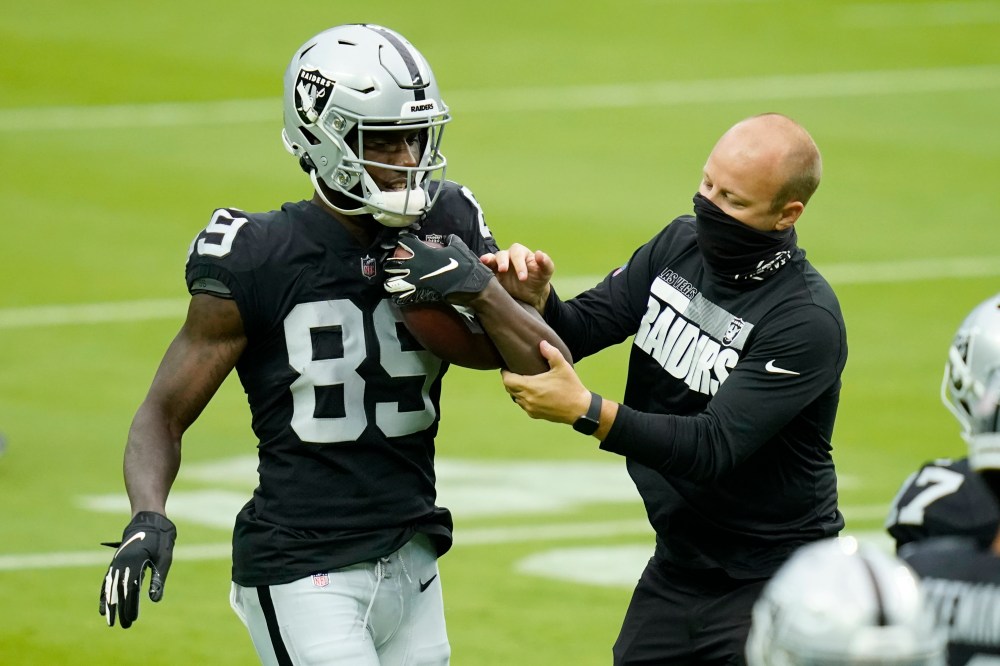