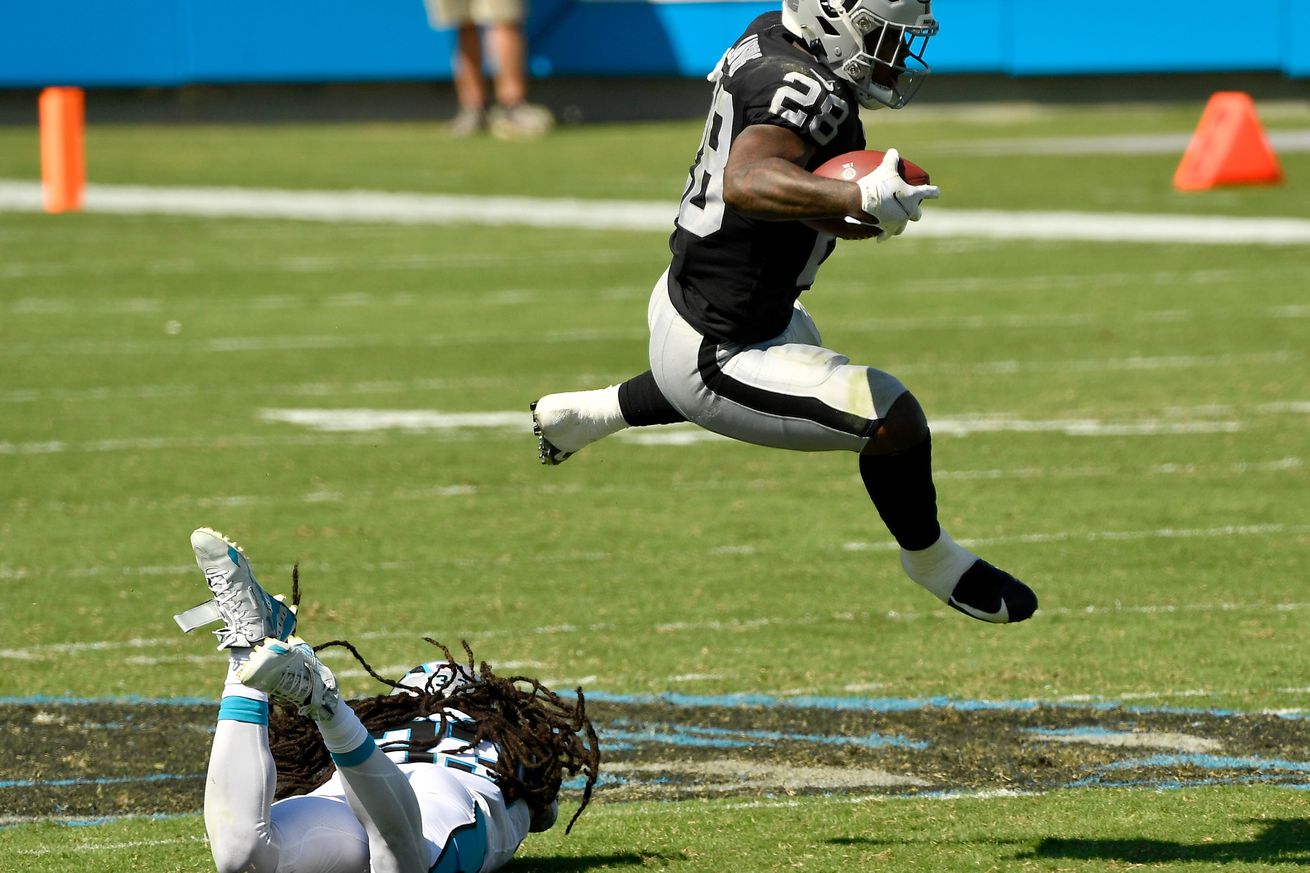 Las Vegas’ offense relied on Jacobs in Week 1 at Carolina

The Las Vegas Raiders announced to the rest of the NFL loudly and clearly on Sunday that their offense starts with dynamic second-year running back Josh Jacobs — and that’s going to be a problem for opponents.

Jacobs, who should have won the NFL offensive rookie of the year award last year, showed he may be a factor in the NFL MVP race this year as he was a major reason why the Raiders beat the Carolina Panthers in a wild, 34-30, game.

Jacobs had 93 yards on 25 carries and he scored three touchdowns. That’s a nice little 48-TD pace (deep breathes, Jacobs’ fantasy owners). The Raiders weren’t concerned with easing Jacobs, who missed three games last season, into the season. In fact, he led the NFL in percentage of touches by a non-quarterback in Week 1, according to Pro Football Focus.

Don’t expect the Raiders’ game plan to change, either. As long as he is healthy, Jacobs is going to be the engine of the offense and not just in the run game. Jacobs had four catches for 46 yards against the Panthers.

Sure. it’s early, but there is no doubt Jacobs is going to be one of the top workhorse running backs in the NFL this season.