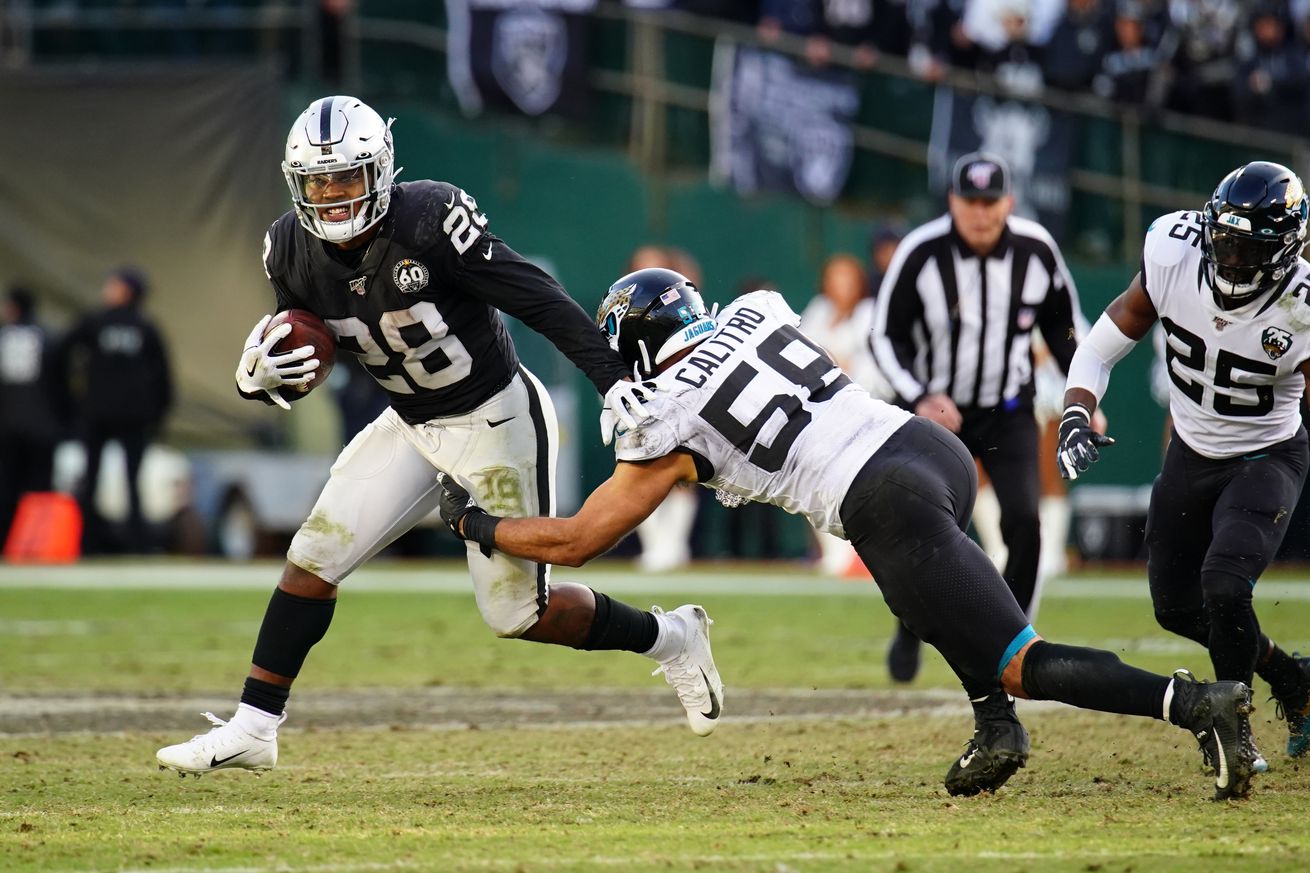 Josh Jacobs made improvement in the receiving game a focal point of his offseason training. In fact, he said it felt like he worked on it more than at running back, because he thought he need to improve so much in that area.

“I did a lot more of not putting myself in a running back aspect, but [thinking] like a receiver,” Jacobs told reporters on Wednesday. “Whether it was going outside in the slot and actually learning how to get off a release, stemming the guy and learning leverage and all the different kind of things like that. And then watching Hunter [Renfrow] on his choice routes, just how creative he is and just try to put it in. Find what I like and make it my own.”

It paid immediate dividends for Jacobs and the Raiders as he had four catches for 46 yards in Sunday’s win against the Panthers — and he is well on his way of reaching his goal of catching 60 passes in 2020. Jacobs had 20 receptions in 13 games as a rookie.

Raiders quarterback Derek Carr said it is exciting to see Jacobs develop the pass-catching part of his game in year two.

“It’s something that’s really improved,” Carr said. “It’s something that him and I work on at practice, after practice a lot. Even last year, we’d do some things after practice knowing that he wasn’t the guy for those plays. A lot of the ‘check downs’ that we throw are really designed plays for our running backs that we’ve seen Jalen [Richard] for years now run out the back and catch for certain things. Josh was like, ‘Well, I don’t want to come off the field.’ I got to get better at these things because I don’t want to come off the field.”

Jacobs can get used to the perks of catching the ball in the open field rather than getting the ball in his hands (which. of course, will remain his primary job) in the backfield with 11 defenders facing him.

“It definitely was fun,” Jacobs said. “A lot of times when I play receiver, I get a lot more chances to be in open space, so that’s always fun.”