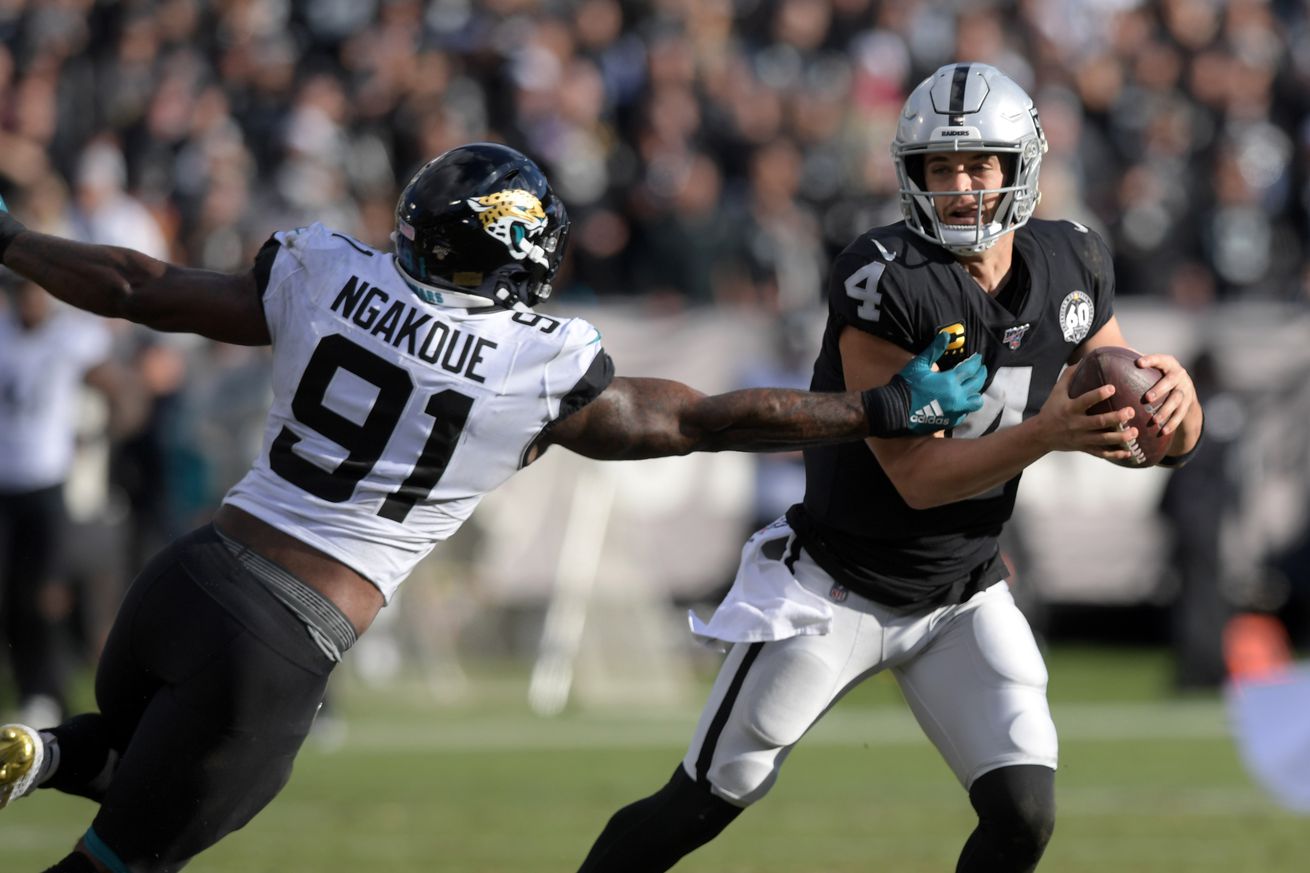 A franchise tag situation to watch approaching July 15: Jaguars DE Yannick Ngakoue. I’m told nothing has changed with his stance – he still desires a trade – and doesn’t have immediate plans to sign the tag. This could bleed well into training camp, absent deal with a new team.

Naturally, that makes us wonder about the Las Vegas Raiders. Less than 24 hours before the first round of the draft in April, a report surfaced that the Raiders and Jaguars were “close” on a deal that would send Ngakoue to Las Vegas. The report stated the Jaguars wanted the No. 12 pick and the Raiders were offering No. 19.

As the draft got closer, reports surfaced that the talks were not that close after all. In the end, the Raiders took Alabama receiver Henry Ruggs III at No. 12 and Ohio State cornerback Damon Arnette at No. 19 — and Ngakoue remained a Jaguar.

Jacksonville general manager Dave Caldwell denied there were trade talks with the Raiders.

With Ngakoue still wanting a trade, it’s conceivable that the Raiders can talk to the Jaguars about a deal, perhaps using next year’s first-round pick as bait. But the Raiders don’t have much salary-cap room and would have to do a lot of work to fit his $17.8 million tag this season. Perhaps the Raiders could talk about Ngakoue in the offseason if his situation is still not resolved.