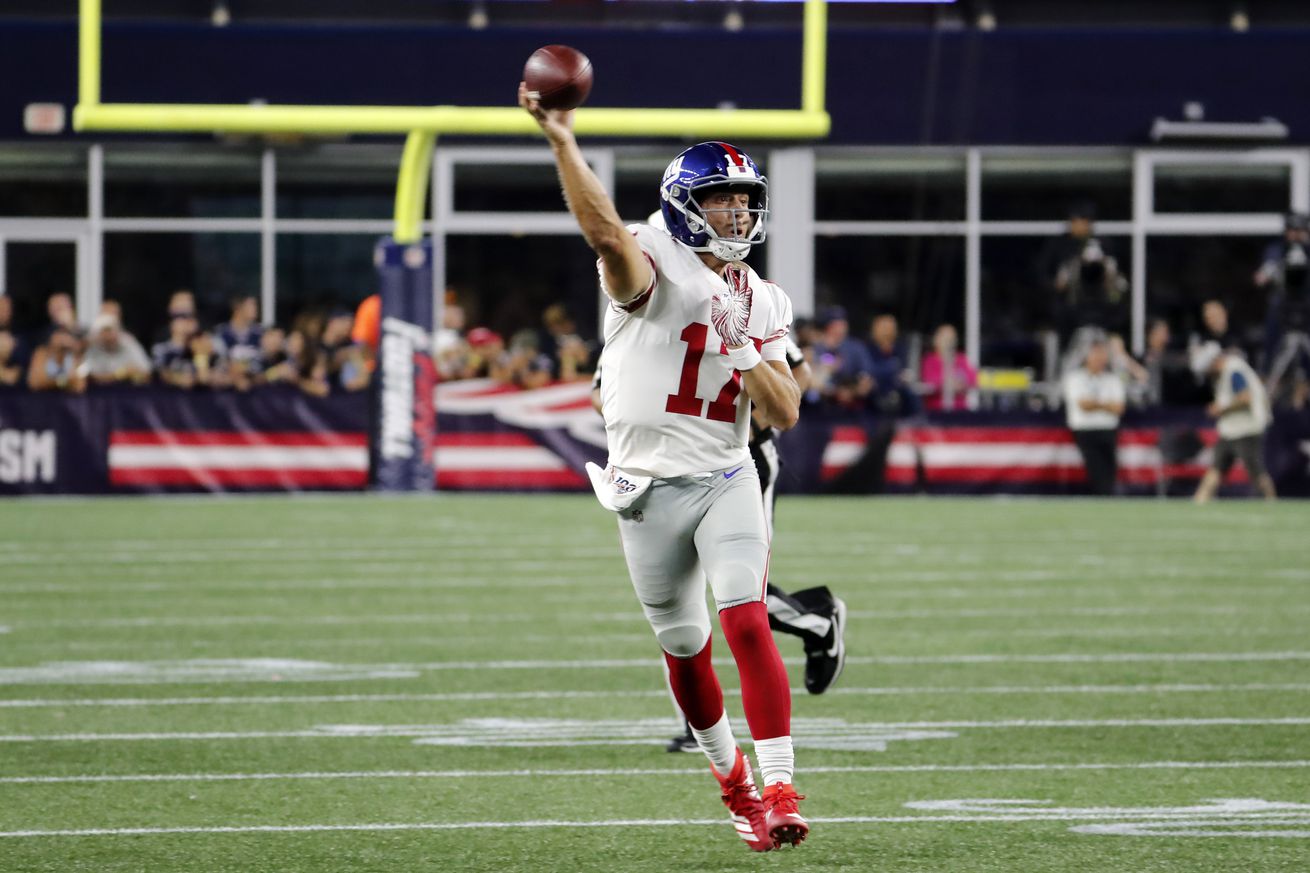 The quarterback whisperer is at it again.

The NFL Network is reporting that the Las Vegas Raiders are working out free agent quarterbacks Kyle Lauletta and Kyle Shurmur.

As teams prepare for the season, being ready for anything at QB is important. To that end, the QB workouts have increased. An example: The #Raiders are hosting former #Giants 4th round pick QB Kyle Lauletta and ex-#Chiefs QB Kyle Shurmur today for workouts.

We shouldn’t be surprised and, frankly, we should expect the Raiders to bring in more quarterbacks in the next couple of weeks, especially after the Sept. 5 cut-down day.

Jon Gruden loves getting his eyes on quarterbacks. Last week, the Raiders worked out former Ohio State and former Buffalo Bills’ draft pick Cardale Jones. He was not signed.

We’ll see if Gruden signs either Lauletta or Shurmur. These workouts may not be an indication that Gruden is looking to upgrade from Nathan Peterman as the No. 3 quarterback. Remember, the practice squads have been increased to 16 players this season. So, there is room to add a developmental quarterback, stashed him on the practice squad and still keep three quarterbacks on the roster if that’s the route the Raiders want to go.

Lauletta, 25, (pictured above) was drafted by the New York Giants in the fourth round of the 2018 draft out of Richmond. He was cut last year and spent time with the Philadelphia Eagles in 2109-20. He threw five passes in a game with the Giants and did not complete any of them.

Shurmur, 23, played at Vanderbilt and spent last season with the Kansas City Chiefs an as undrafted free agent. The Chiefs cut him this year. He is the son of Denver Broncos’ offensive coordinator Pat Shurmur.