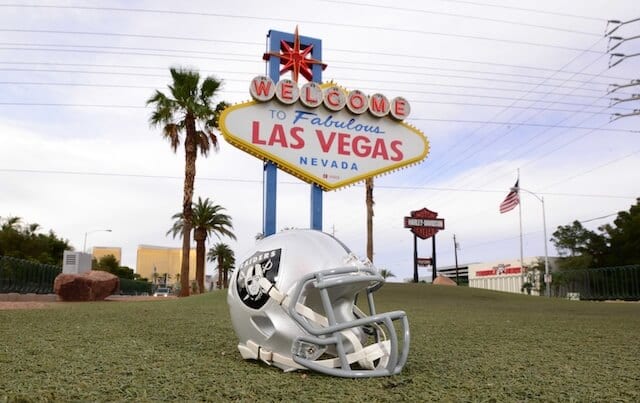 A big reason the Las Vegas Raiders franchise is where it is today is because of the work Al Davis put in, whether it be as head coach, general manager or owner.

Davis joined the organization in 1963 and immediately made some changes, dropping the original gold color, leaving the Raiders’ signature Silver and Black.

He would remain a central Raiders figure from there on out, eventually purchasing a 10% stake in the team in 1966. Under Davis’s mentoring, the team rose to greatness. After bringing in head coach John Madden, the Raiders went on to win one Super Bowl and six division championships in the 1970s.

Davis eventually gained a majority stake of the team and masterminded the Raiders’ move to Los Angeles in 1982 and move back to Oakland in 1994. Throughout all his years with the Raiders, Davis remained heavily involved in daily operations and player personnel. He was the team’s general manager up until 2011 when he hired Hue Jackson.

After Davis’s death in 2011, his son Mark became the Raiders’ primary owner. Davis’ legacy lives on every day though, and the Raiders released a tribute video to celebrate what would have been his 91st birthday on July 4:

While Davis has not been around to see the Raiders’ move to Las Vegas, he would have been very proud of what Mark has accomplished, building one of the nicest new stadiums and practice facilities in the league.

Now the Raiders just need to get back into championship contention to get back to being one of the premier franchises in football, which was always Davis’ main goal. Just Win Baby!