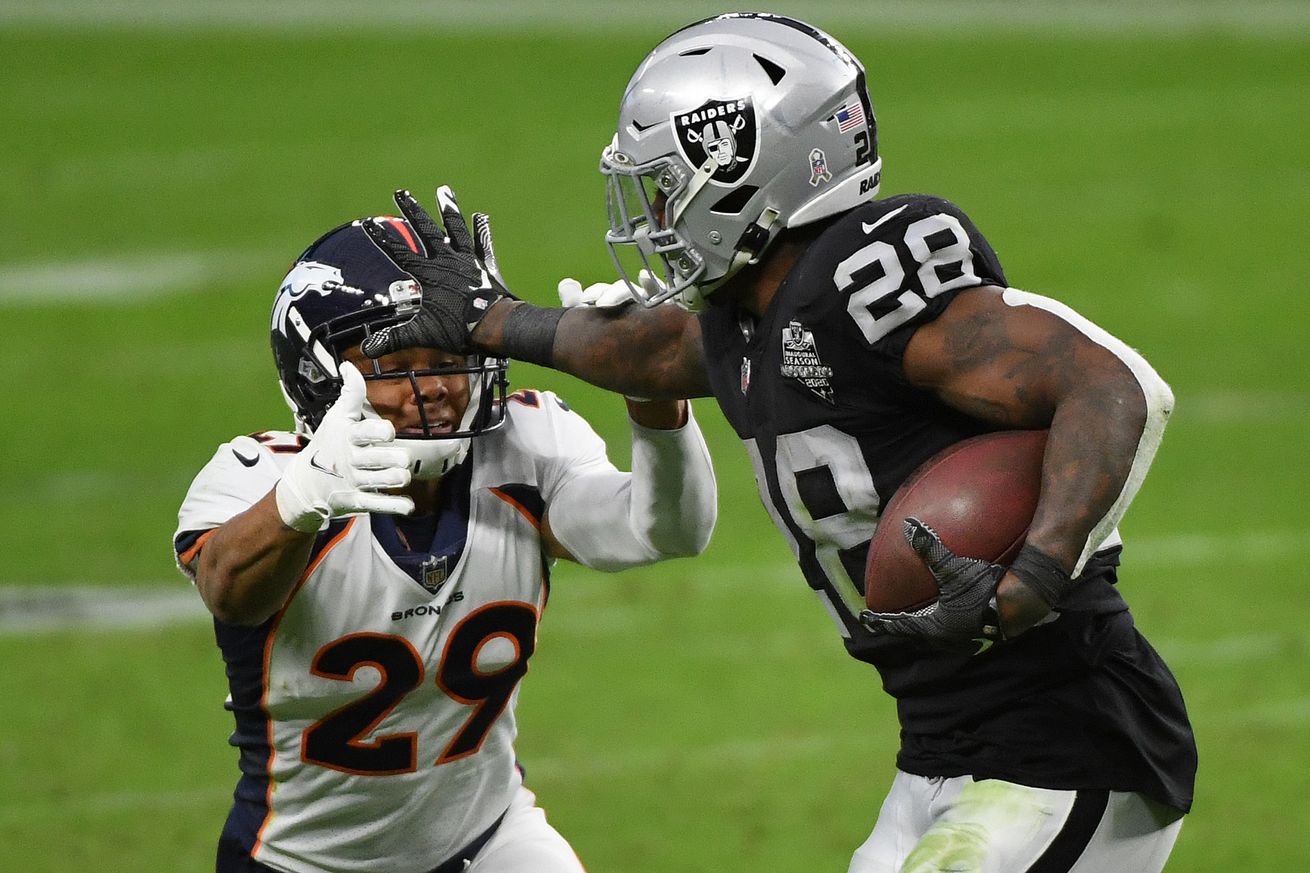 Let’s breakdown the keys to the Las Vegas Raiders’ 37-12 blowout over the visiting Denver Broncos on Sunday:

Josh Jacobs is in a groove:
Raiders’ second-year running back Josh Jacobs is out of his mini slump. He ran for 112 yards and had two touchdowns runs on 21 carries and averaged 5.3 yards a carry, which is important since he was averaging 3.4 yards a carry for the season a couple of weeks ago. He has 315 rushing yards during the Raiders’ three-game winning streak. DeVontae Booker pitched in with 81 yards on 16 carries and two touchdowns against his former team. If the Raiders keep this ground dominance up, they will be a tough January opponent.

Defense makes a difference:
The Raiders picked off Denver quarterback Drew Lock four times and had a fumble recovery. Lock and the Broncos were bad, but the Raiders’ stepped up on defense. Several players — including safety Jeff Heath, linebacker Nicholas Morrow and defensive linemen Maliek Collins and Arden Key — had solid games.

Can’t praise offensive line enough:
The Raiders have played three snaps this season with their starting five offensive linemen, but it hasn’t mattered. They keep getting hurt and they keep playing great football. It’s pretty special.

Third quarter dominance:
This game changed at the end of the first half when Lock had a touchdown run called back by a penalty and then threw an interception on the next play as the Raiders kept a 10-6 lead. Then the Raiders came out in the third quarter and steamrolled Denver on both sides of the ball, turning a tight game into a blowout. The Raiders have been much better in the third quarter this season than last year and it was on display again Sunday.

No looking ahead:
This could have been a trap game with next week’s monster matchup against the Kansas City Chiefs looming. But the Raiders kept their focus and took care of business against the Broncos, improving to 6-3 and solidifying themselves in the AFC playoff race. Good for them.