The strategty on offense for the Raiders is simple; give the ball to Josh Jacobs. Through the first 17 games of his NFL career, we’ve seen the Raiders feed their workhorse back in every way possible.

So far this season, the Raiders had used their star running back more than any other player in the NFL. Through four games, he has totaled 96 touches, three more than Ezekiel Elliott in Dallas.

Here are the leaders in total touches on offense via Pro Football Focus:

If the Raiders want to compete with Kansas City in Week 5, they are going to need Jacobs to shoulder the load on offense once again. However, we have seen him do it time and time again.

Look for the former first-round pick from Alabama to see a ton of work in Week 5, likely totaling over 20 touches. And if he can be effective on those touches, the Raiders will have a chance to hang with the best team in the NFL. 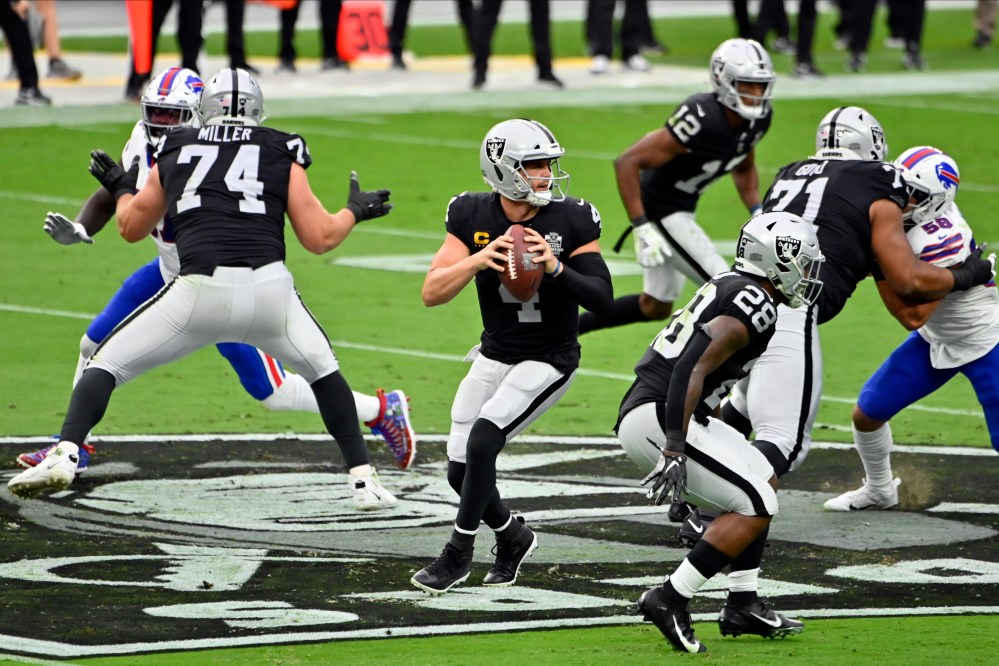