Derek Carr had a career year during the 2021 season, leading the Raiders to the playoffs. He threw for nearly 5,000 yards despite several of his top playmakers not being available for chunks of the season.

But where can Carr improve heading into the 2022 season? Well, for starters, he needs to be able to find a way to create more big plays and limit the number of turnovers when pressured.

In a recent article by Bryant Horn of Pro Football Focus, he wrote about how each quarterback in the NFL handled pressure during the 2021 season. Unfortunately, Carr did not fare well in this particular study. Here is what Horn had to say about Carr last season:

“Carr handled the third-most pressured dropbacks (239) and pressured attempts (186) in 2021, completing 100 (second-most) of them. He tallied five touchdowns and a group-topping nine interceptions in those situations. He also led the group with 19 turnover-worthy plays.”

It’s worth noting that Carr had the seventh-best passing grade in the NFL when he wasn’t pressured. He was able to dice up defenses despite lackluster targets. But now that he’s got Davante Adams and a healthy Darren Waller, he should be even better when the offensive line can give him time.

But for the offense to really take off this season, they need Carr to handle pressure batter. Whether that means just dumping the ball off to the check-downs underneath or throwing it away, they can’t afford to have him struggle so mightily against pressure again this season.

The hope is that the offensive line will be better in 2022, giving Carr fewer dropbacks with pressure in his face. But it’s up to Carr to mitigate that pressure more this season. 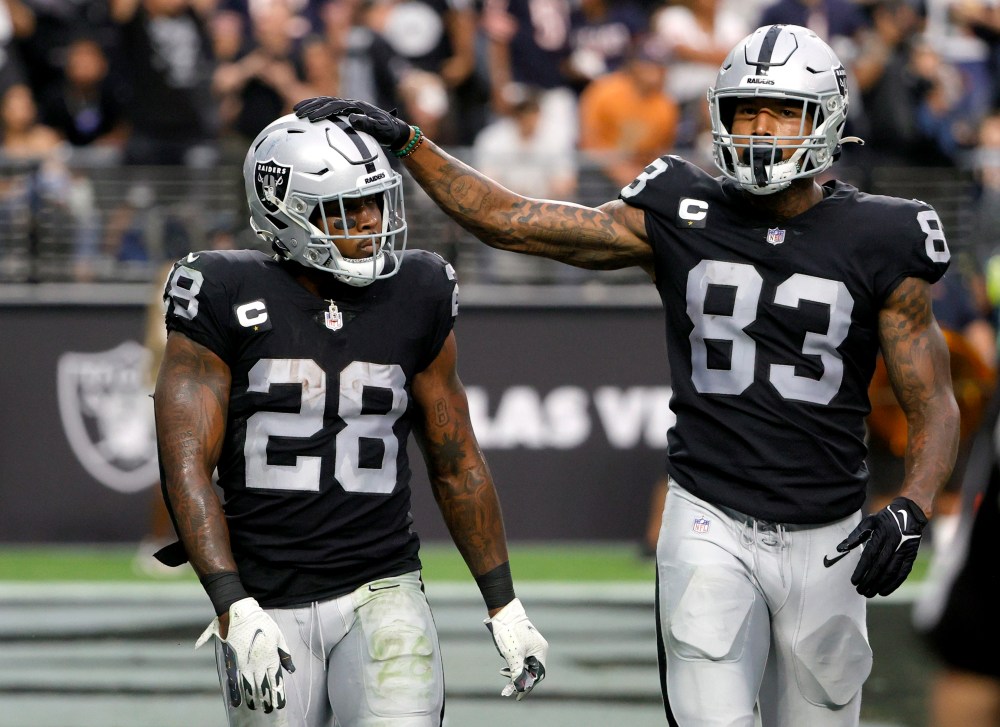