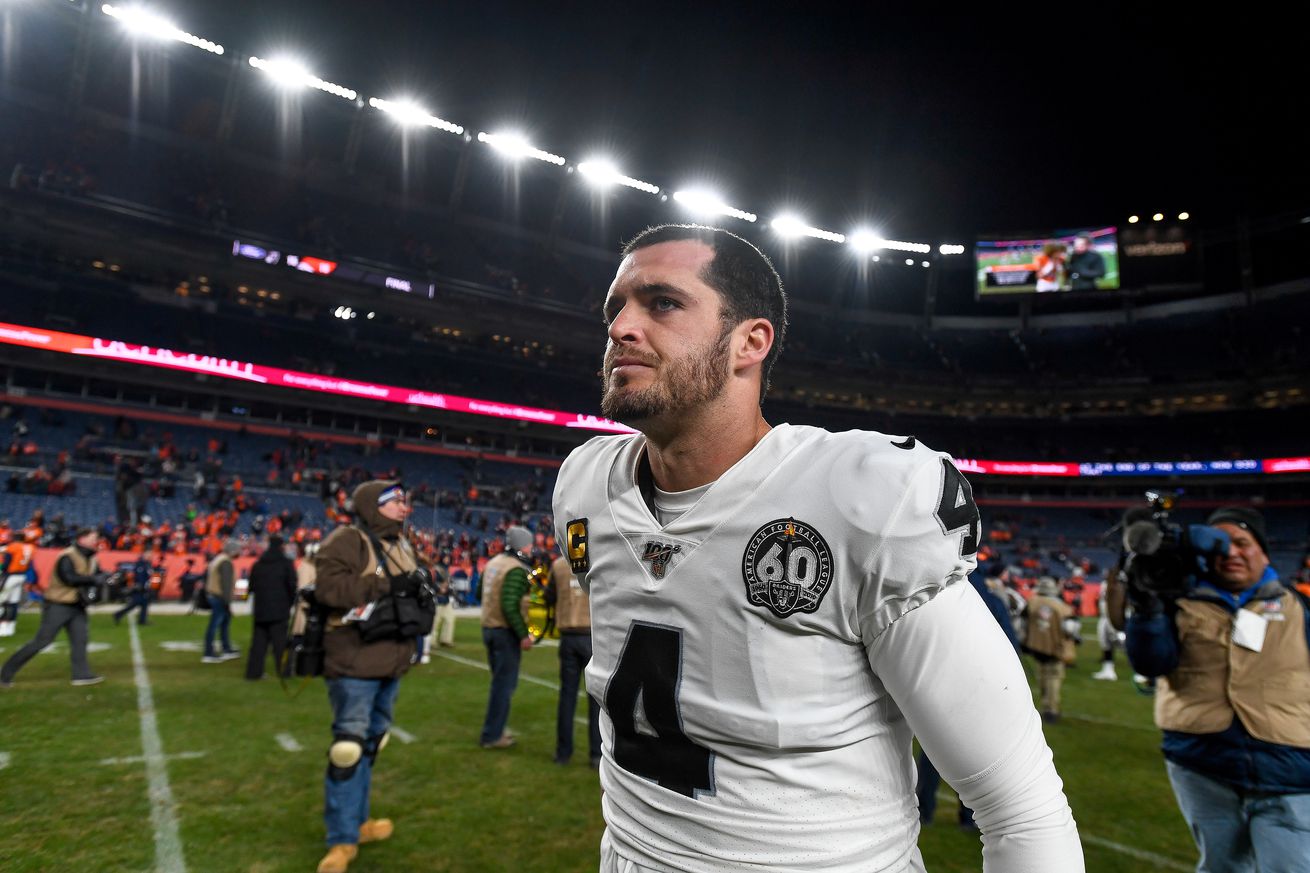 Derek Carr made a strong public statement about the death of George Floyd in Minneapolis on Monday. Carr shared his feelings in a lengthy Twitter post on Friday, saying video of Floyd’s death has left him “disgusted, mad, and broken-hearted.

“My opinions won’t make a difference on how that should have been handled better, but I do think my platform can be used to help,” Carr, who is entering his seventh season as the Raiders’ starting quarterback, said in the statement below:

Sports stars including Carson Wentz, Joe Burrow, J.J. Watt, Calais Campbell, Odell Beckham Jr. and LeBron James have all voiced their remorse and frustration regarding the death of Floyd, an African-American man who died after he was filmed pleading for his life while a Minneapolis police officer knelt on his neck for several minutes on Memorial Day.

On Friday morning, former officer Derek Chauvin was arrested on charges of third-degree murder and manslaughter. He was fired from his job on Tuesday along with three other Minneapolis police officers at the scene. So far, those three have not been charged.

If convicted of third-degree murder and second-degree manslaughter, Chauvin would face up to 25 years in prison on the first charge and up to 10 years on the second, according to CNN.

There have been riots in Minneapolis and in other American cities this week in protest of Floyd’s death.