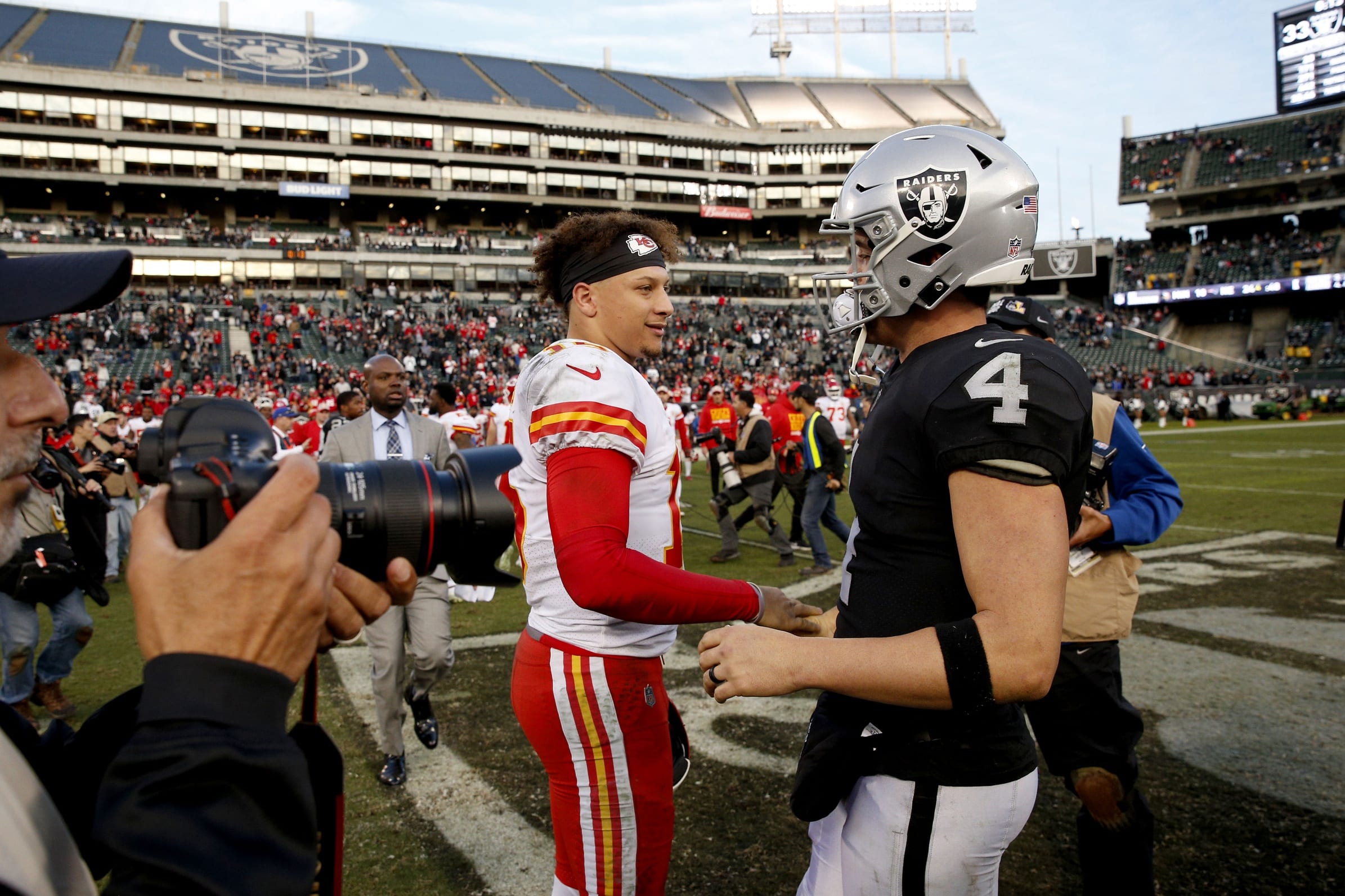 I can only imagine what it’s like to be an NFL player who knows the bye week is coming up. It’s a much-needed reprieve and a chance to catch your breath. Now imagine trying to balance the fact that you’re just hours away from that, while also understanding that between you and a deep breath is the hands-down best team in the NFL. Talk about strange.

After starting 2-0 this season, the Las Vegas Raiders are back to .500 after tough losses to the Buffalo Bills and New England Patriots — but are just one game away from the toughest portion of their schedule being in the rearview. With Andy Reid and Patrick Mahomes coming to town, here are a few thoughts and predictions ahead of Sunday’s matchup with the Kansas City Chiefs…

1) The best news for the Raiders is that they’re getting healthier. Trent Brown and Henry Ruggs III both logged full practices on Friday, and while both are listed as questionable I think there’s as much optimism as ever that they are ready to play. Both guys would be huge additions (obviously), with Brown bringing the offensive line back to 80% full strength and Ruggs offering the Raiders a field-stretching threat that opens the offense up for just about everyone else.

Along with Brown and Ruggs, Rico Gafford and Maliek Collins are both listed as questionable, while Bryan Edwards is listed as out.

2) If there’s a way to hang with the Chiefs, the key seems to be pounding the rock. Heading into Week 5, the Chiefs have the fifth-worst run defense in the league (which is surprising considering they’re playing from ahead so much), allowing 161 yards per game on the ground. In fact, the only team to threaten the Chiefs so far — the Los Angeles Chargers — ran the ball 44 times for 183 yards in an attempt to keep Mahomes and Tyreek Hill off the field.

The good news for the Raiders is that this is exactly what they want to do — especially if Brown is back on Sunday. Now whether they can execute? That’s another story.

3) The last time Derek Carr threw an interception was Dec. 1 of last season — giving him over 290 consecutive pass attempts without an interception. On the other side of the ball this week, however, is a team that is fourth with five picks already this season — and it’s the team that last picked Carr off. If Carr can take care of the ball and keep the offense moving, the Raiders might have a chance this week.

1) Last week I nailed my stat prediction, guessing the Raiders would limit Buffalo on the ground. This week, I’m going back to the offensive side and predicting a huge day for Josh Jacobs. Fanduel has his rushing line at 81.5 yards, and I’m going WAY over on that number. I think his total yardage gets closer to 140 yards this week as the Raiders try and control the clock a bit.

2) You’d have to go back to 2017 to find the last time the Raiders beat the Chiefs, and since then it hasn’t been close. In their last five meetings, the Raiders have been outscored 169-70 (don’t do the per-game averages there because it ain’t pretty). Unfortunately, you could argue that this Chiefs team is actually the best one yet. Add in the fact that it’s in Kansas City and at 10 a.m. PT and I think this is a lot to ask a scuffling Raiders team. I’ll take a backdoor cover on the +11.5 game line, but I don’t think this game stays close for long.