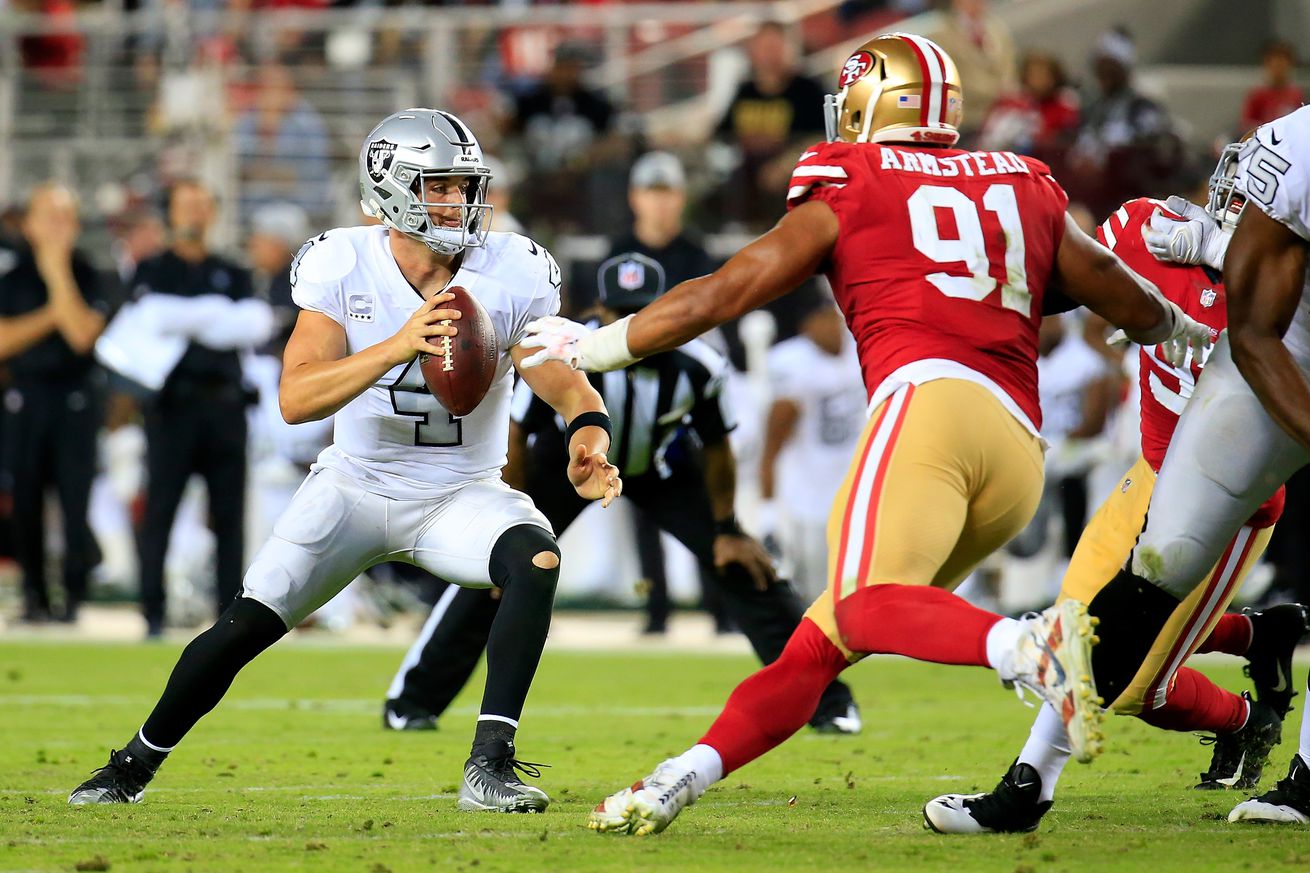 Which non-AFC West team do you most dislike?

Last week, we looked at the Raiders’ biggest AFC West rival and the Kansas City Chiefs edged the Denver Broncos in our poll.

The Patriots are on the list because of the Tuck Rule game in the 2001 playoffs. They, and Tom Brady, have not been on any Christmas card list of Raiders’ fans since. And let’s face it, everyone hates the Patriots — our recent SB Nation Reacts survey proved they’re still public enemy No. 1.

The 49ers and Rams are on the list because they were local rivals in the Bay Area and in Los Angeles, respectively. The Steelers are on there because of the Immaculate Reception playoff game in 1972 and the fact that both teams were top AFC teams in the ‘70s. The Seahawks made the cut because they were in the AFC West from 1976-2002.

I believe this will be a race between the Patriots and the 49ers, but I want to hear your thoughts.

Please take our poll and let us know your reasons why in the comments section. Thanks for playing along.