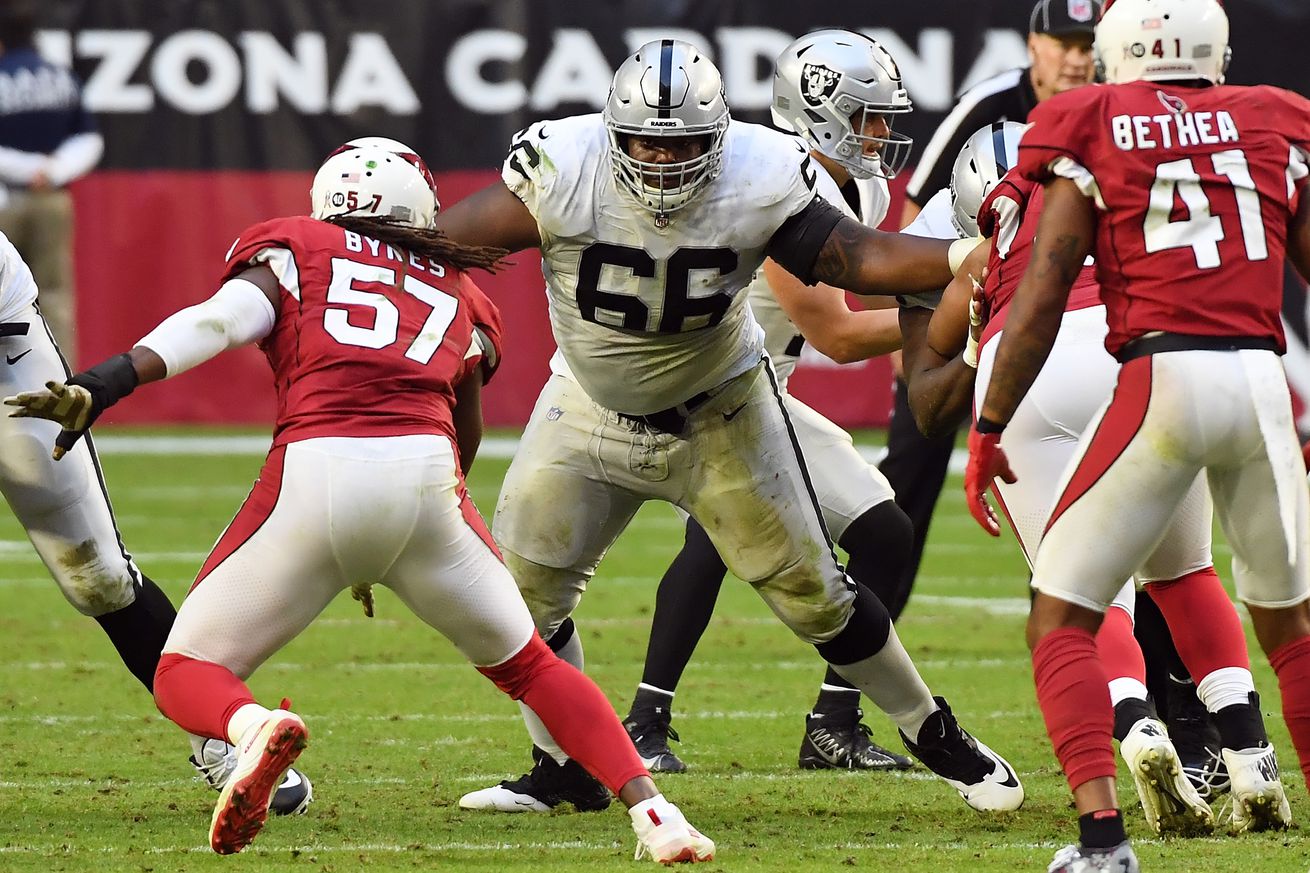 How do you feel about the starting right guard returning for his seventh season?

On Monday, one of the last pieces of the puzzle that is the re-constructed 2020 Las Vegas Raiders’ roster was set when the salary for right guard Gabe Jackson became guaranteed.

There had been some speculation that the Raiders would cut Jackson and they reportedly were shopping him in trade talks in March and April.

Ultimately, Jackson is back. That means, barring injury, the Raiders will return the same starting offensive line that they had last season. The unit played pretty well in 2019. If healthy, Jackson is the Raiders’ best option at guard.

However, for those who may have wanted to see him cut, they could look at the large presence of veteran options on the roster and the fact that Jackson missed five games due to injury last year and he didn’t play up to his standards. Also, Jackson has a high salary at $9.6 million this season.

Now, that the Jackson decision is final, what do you think? Are you happy Jackson is remaining on the Raiders this season?

Take our poll and give us your reasons for your vote in the comment section.