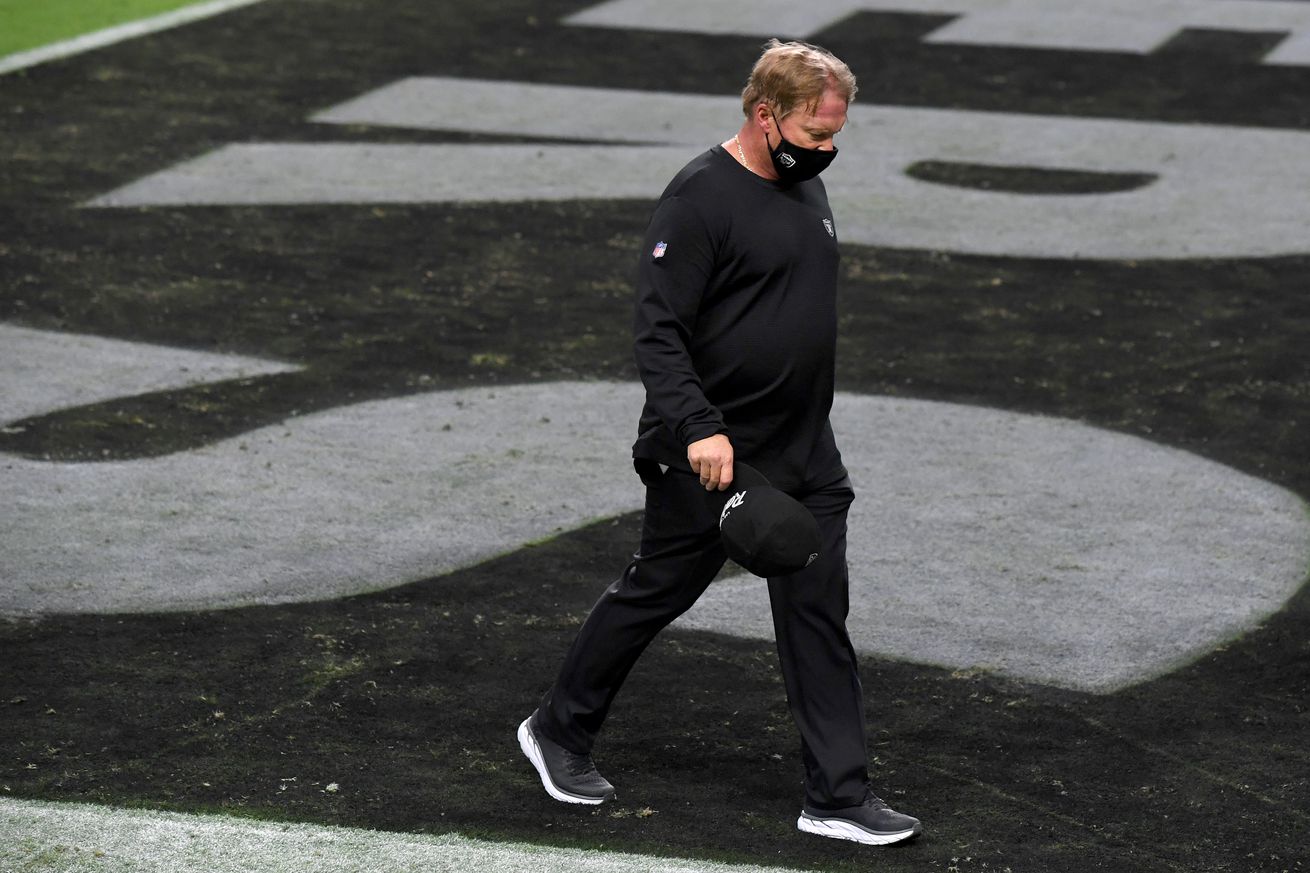 Las Vegas coach is just 13-23 in return to franchise

On Monday, Raiders head coach Jon Gruden was asked about the future of his defensive coordinator, Paul Guenther, whose unit is struggling as the Raiders sit at 2-2 at the quarter point of the 2020 NFL season.

While his own job security is very likely solid for the long haul, Gruden might soon have to start answering questions about his own performance.

A lot was expected when Raiders owner Mark Davis gave Gruden a 10-year, $100 million contract in 2018 to return to the franchise. Yet, the results haven’t been there. Gruden is just 13-23 so far and this tweet shows it’s one of the worst starts for any Raiders’ coach who lasted more than two seasons.

Also, Gruden has made some costly in-game decisions, as noted here after the loss to Buffalo:

Both of Jon Gruden’s 4th and short field goals made our top 5 4th down errors of Week 4.

Still, it would be a major shock if Gruden isn’t the Raiders’ coach for a long time. Davis loves Gruden and thinks he is the answer in Las Vegas. But there is no denying the road has been rockier than expected.

What are your thoughts on Gruden?

Take our poll and share your opnion in the comments section. Thanks for playing along.