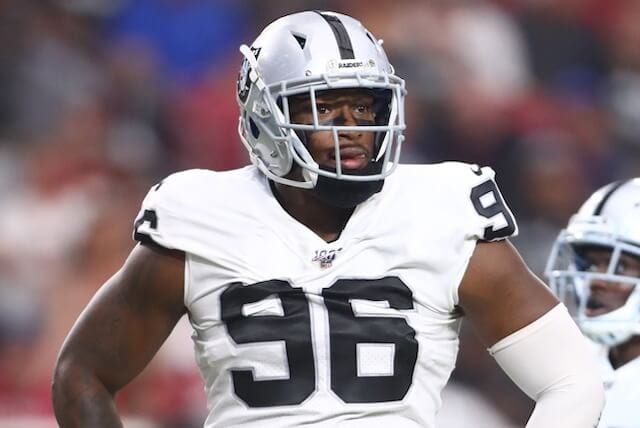 Just because they were placed on the list does not mean they have contracted the virus as it could also be that they came in close contact with someone that has. If the latter is the case then they will be away from the team practice facility for five days.

If they both test negative over that five-day span though, then both Ferrell and Joyner would be eligible to return in time for the Raiders’ big Week 11 matchup against the Kansas City Chiefs this Sunday.

Raiders linebacker Cory Littleton missed this past weekend’s game due to a positive coronavirus test, so it is possible that Ferrell and Joyner were both pegged as close contacts to him. Littleton likely will not be able to return in time for the game against the Chiefs.

If Ferrell and Joyner are forced to miss the game against the Chiefs then the Raiders defense, which has looked much improved over the last few weeks, would be without two starts.

Coronavirus concerns have been prevalent for the Raiders all season long but they have continued to fight through adversity to earn a 6-3 record so far, so hopefully that is the case once again if Ferrell and Joyner miss time.