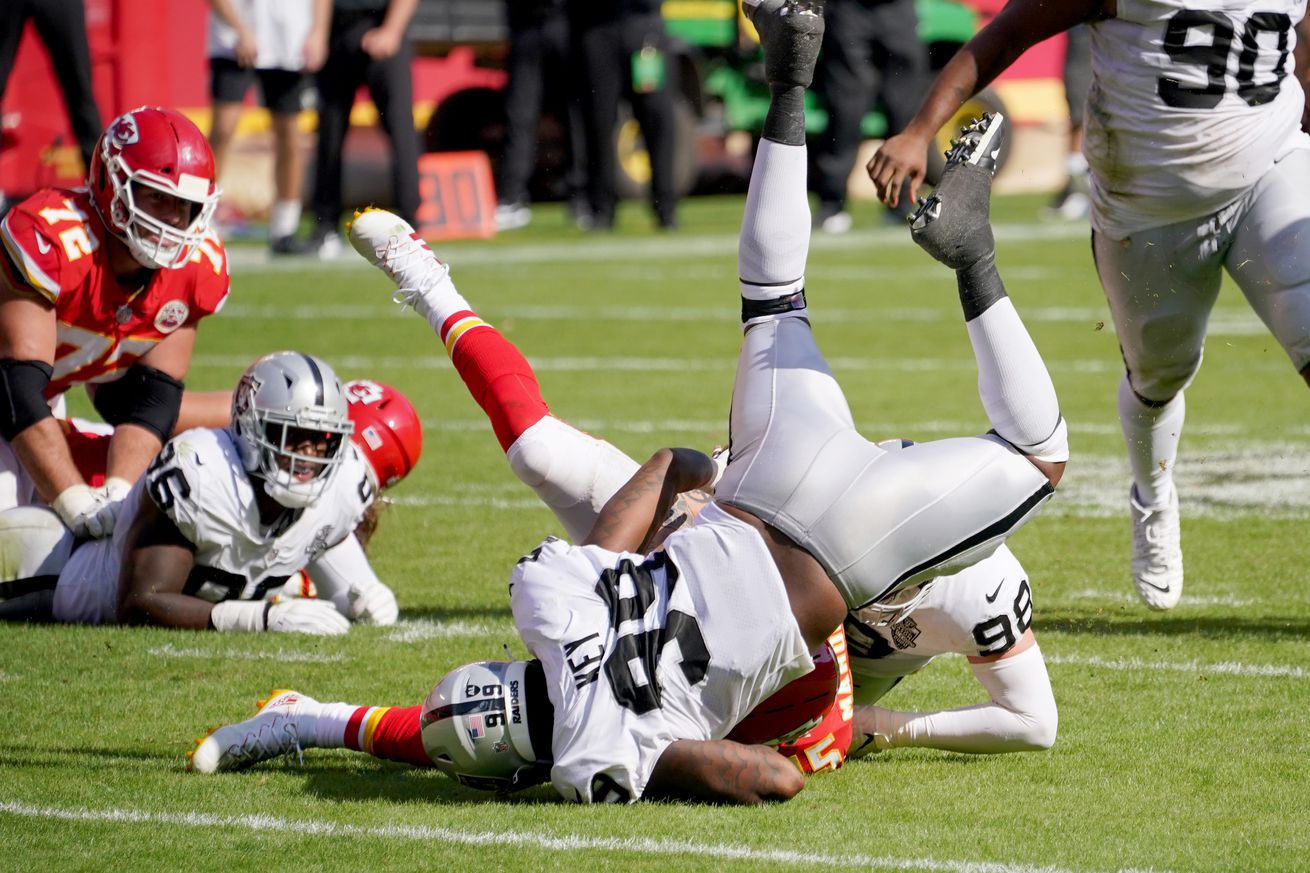 The bye week has allowed us to spend extra time on the Las Vegas Raiders’ huge Week 5 win at the Kansas City Chiefs — and that’s a good thing, because there is a lot to dissect.

Yet, as we look back on the Raiders’ first victory at Arrowhead Stadium since 2012, the biggest key to the win won’t be Derek Carr or Henry Ruggs III or even the 40 points total. It will be the sudden and unexpected pass rush the Raiders displayed in Kansas City.

No matter how good the Las Vegas offense was in that game, the Raiders would have lost without the defensive effort, especially in the second half.

Going into Sunday, the thought was the Raiders needed to play a perfect game and that meant somehow finding a consistent pass rush. But it looked bleak because the Raiders’ pass rush was one of the worst in the NFL in the first quarter of the season. Couple that fact with history showing the only way to slow down Patrick Mahomes and the Chiefs is to provide a consistent four-man rush … and confidence wasn’t high, to say the least.

Yet, the Raiders came out as a defense and showed an incredible pass rush burst all game, led by ends Maxx Crosby and Clelin Ferrell.

#Raiders had 24 pressures overall vs KC per @sportradar, nearly equaling their total of 26 from the 1st 4 weeks. It was also their most in a single game since having 25 in Mack’s 5-sack game at Denver in 2015

Look at those numbers. It is spectacular. Great upsets always have an element of surprise within the game and the Raiders’ pass rushers provided that Sunday.

As we remember this game going forward (and we all will!) this performance should be at the forefront of our minds.