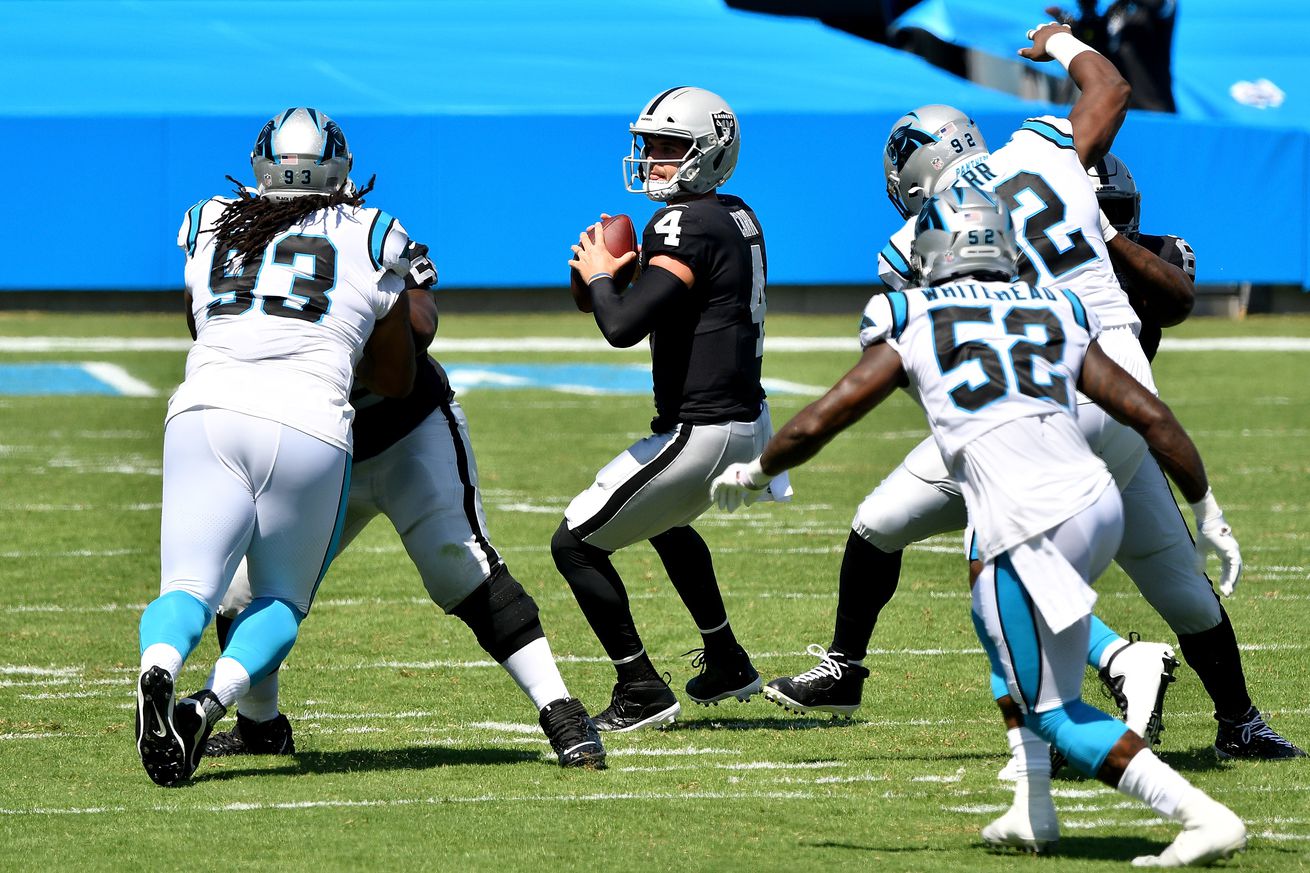 Denzelle Good was more than just good in an emergency

The Raiders’ offensive line bounced back last season after a rough year in 2018 and if Week 1 of the 2020 season is any indication, the unit is going to be excellent once again.

The Raiders didn’t allow a sack and quarterback Derek Carr was pressured just three times in the 34-30 win over the Carolina Panthers. It was a dominating performance and it was done in a stressful situation.

The Raiders lost standout right tackle Trent Brown due to a calf injury after three plays. Then in the next series, his replacement Sam Young left the game with a groin injury. With no other tackles active, the Raiders had to put reserve guard Denzelle Good in at right tackle. Good, who does have some tackle experience, excelled and the entire offensive line quickly adjusted.

“I’ve never been in a game where you lose two players at one position in the first 10 snaps,” Gruden said. “It’s a credit to (Good) big time for him to be able to go out there, not only finish the game but finish it well. He did some good things in pass protection. He did some good things in the running game. When Derek Carr switched the play late, he was able to pick it up and get his assignments. So, I’m really proud of him and it’s a big reason why we re-signed him. Last year, he started the season at guard because [Richie] Incognito was not with us. At the end of the season he started at the other guard, so he’s been very valuable for us.”

Good may have to be ready to play next Monday night against New Orleans as well. Gruden didn’t offer any updates on Brown and Young’s status, but he admitted he is concerned about Brown’s injury. If Good does play, the Raiders will certainly be confident he can be part of a strong unit.