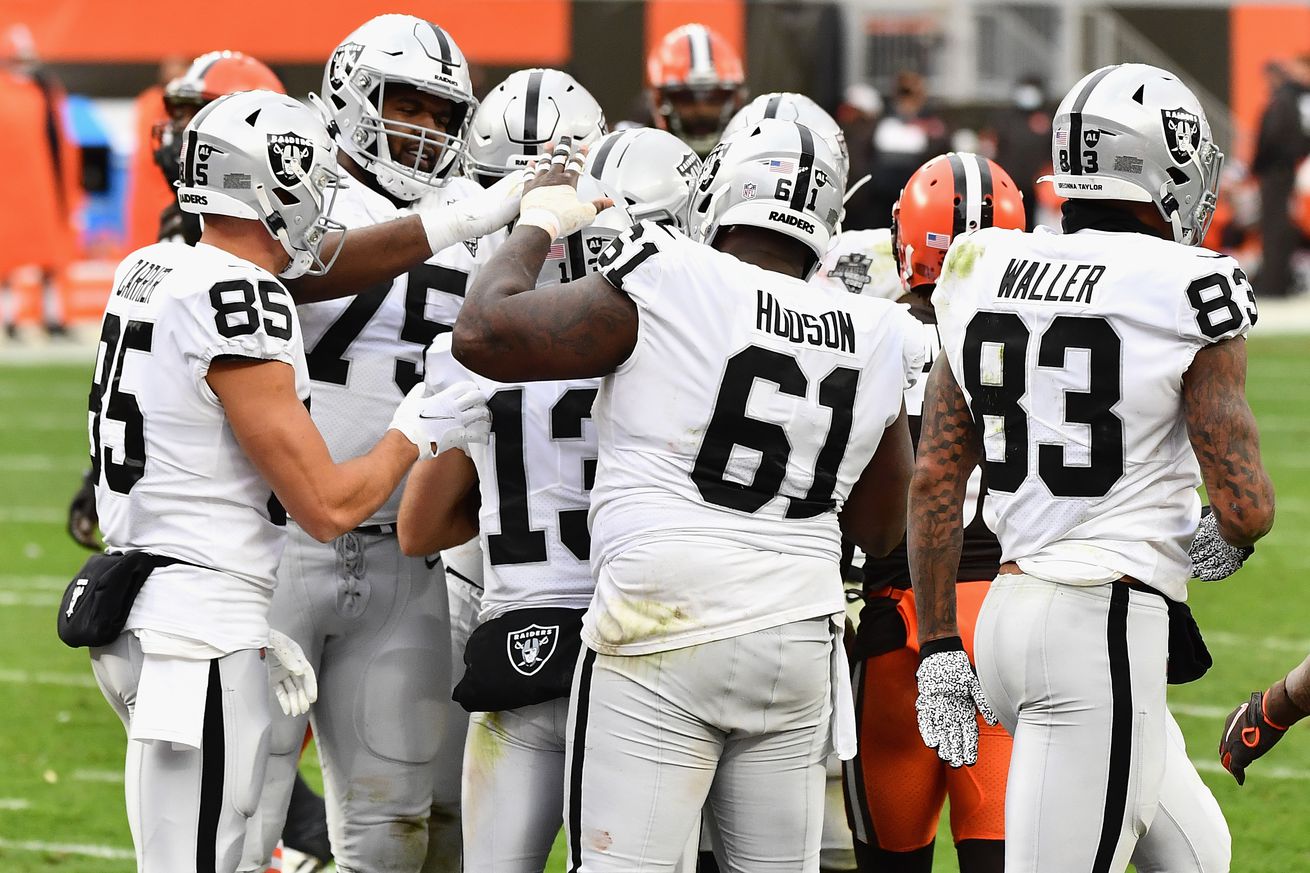 NFL scoring averages are up in 2020

The NFL is seeing one of the biggest scoring outbursts in league history as the average points per game has been in the 50s all season.

Many people believe a reason for the offensive outburst is the lack of fans in the stands during the coronavirus pandemic. Yes, offenses, especially visiting offenses, have an advantage like never seen before.

Asked Wednesday about it, Las Vegas Raiders’ quarterback Derek Carr bought into the idea that the lack of fans may be helpings offenses.

“Whenever you play football with no noise and things like that, you can obviously communicate better as an offense and all those things,” Carr said. “I wouldn’t venture out to say as far as like that’s the reason. I think we can all agree there’s been a lot of good quarterback play this season.

You go around, you look at a lot of teams, you look at a lot of guys and you’re like, wow, a lot of these teams that are scoring well they have a quarterback that has been in the system a while or someone that’s there guy or a young guy that’s playing well, whatever it is. I think we’re seeing more of that. Whenever you have that cohesiveness and talent around guys, it all plays a part.

To say that, without crowd, obviously it makes a difference, as you go on the road usually it’s hostile, it’s hard to communicate. Especially when you’re dealing with young guys. I don’t know other teams’ situations, but if you’re dealing with young guys, communication, hand signals, if a guy misses a hand signal, you’re off the field. Those kind of things. There’s so many variables, it’d be a fun study to do, but not one that I personally will be doing.”

Any way you slice it, the averages are pointing up.