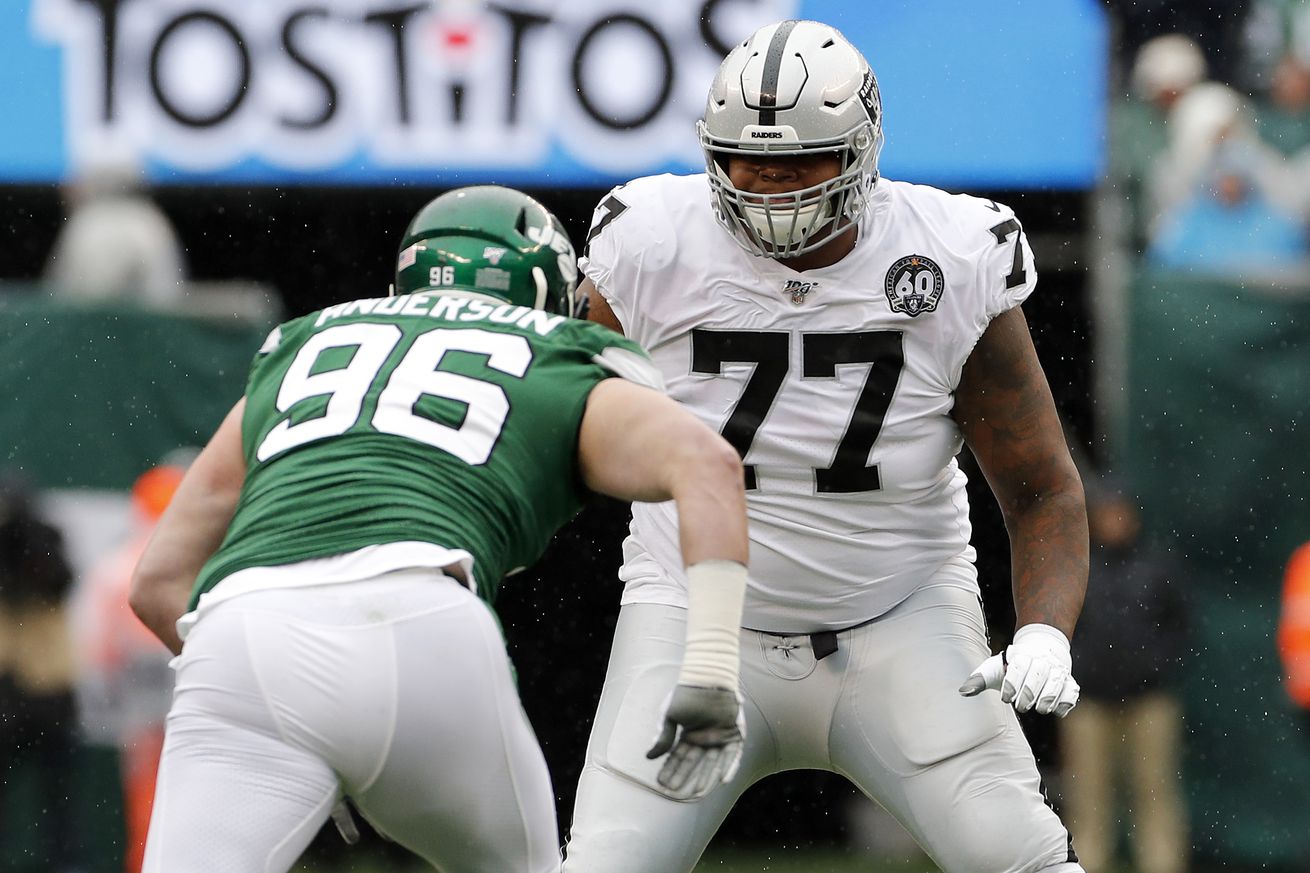 The voting was courtesy of ESPN

In a recent article from ESPN+, they asked more than 50 league executives, coaches, scouts and players to vote for who they think is the best at each position. Per the article, voters gave their best 10 to 15 players at a position, then ESPN compiled the results and ranked candidates based on number of top-10 votes, composite average, interviews and research.

The purpose of this article was to determine the best players heading into the 2020 season.

Trent Brown came in as the No. 9 overall tackle, but was voted the No. 3 right tackle in the NFL.

Brown signed with the Raiders in March of 2019 to a record-breaking four-year deal worth $66 million. It made him the highest paid offensive lineman in NFL history. Though he played in only 11 games last year, Brown showed he was worth the investment, and looks to improve on his first campaign with the team in 2020.

From the article, here’s a look at what one long-time defensive coordinator had to say about Brown:

“When he’s on, he’s as good as anybody in the NFL. Definitely some inconsistency in his game, some lapses in focus, concentration. But particularly as a run blocker, he’s as dominating as there is — when he wants to be.”

Raiders fans definitely have to feel good having him come in so high on the list. If Brown is able to play a full 16 games in 2020, he very well can find himself No. 1 on this list heading into 2021.