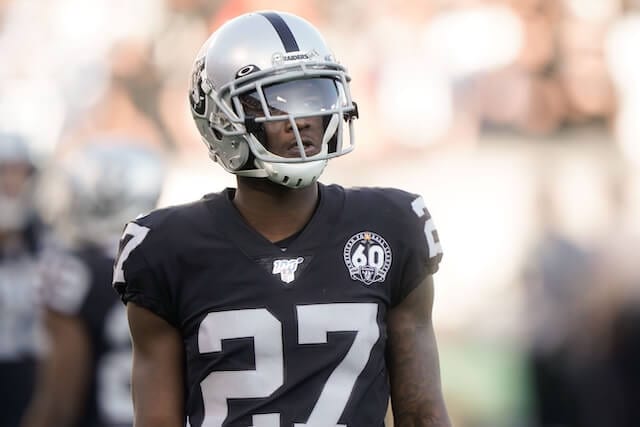 The Las Vegas Raiders players and organization have been very vocal on social media in recent days, supporting the “Black Lives Matter” cause after George Floyd was killed in Minnesota, sparking protests and riots all across the country.

Former San Francisco 49ers quarterback Colin Kaepernick has been vocal about the issues at hand for years now and was blackballed by the NFL for it after peacefully protesting by taking a knee during the national anthem.

It took more black people being killed at the hands of police for people to finally realize that he was not trying to disrespect the flag or country or military by kneeling, rather just trying to raise awareness to the issue with hopes of inspiring change.

One person who found that out the hard way was New Orleans Saints quarterback Drew Brees as the future Hall of Famer received a ton of backlash for comments he recently made regarding kneeling being disrespectful to the military.

Even Brees’ own teammates went at him hard, leading to an apology tour that ultimately has brought more attention to the real issues at hand.

It seems there is no love lost towards Brees around the league though as Raiders players Trayvon Mullen and Trent Brown are among those to circle their game against the Saints on the calendar:

The Raiders are set to host the Saints in Week 2 on Monday Night Football, which will be the first-ever regular-season game at Allegiant Stadium.

While it’s clear that players and people around the league believe Brees made a mistake, he now has the opportunity to turn things around by continuing to support and raise awareness to the Black Lives Matter Movement. If he is able to do that then players may not target him as much this season, although in the sport of football, nobody is ever safe, especially after the original comments Brees made.