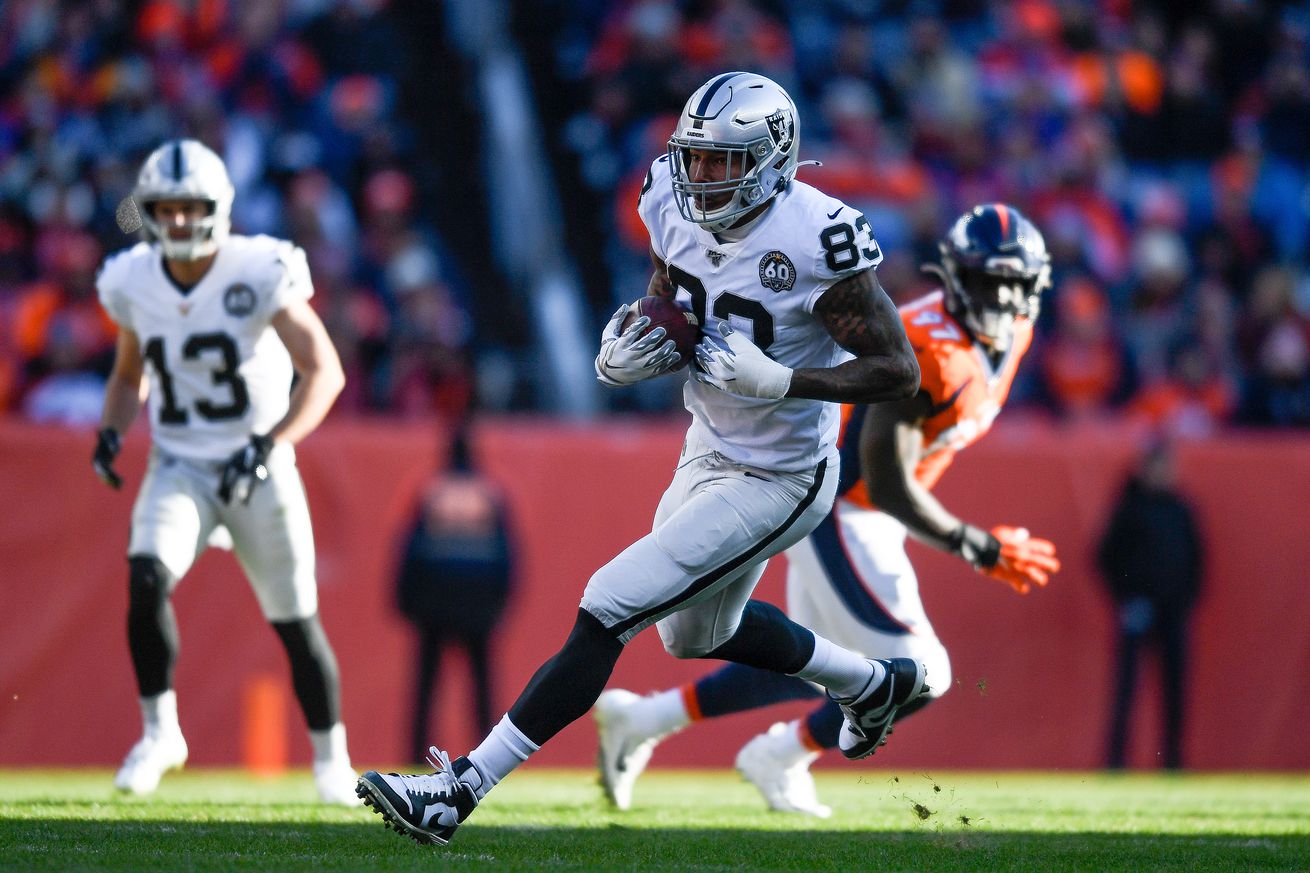 This is ranking season in the NFL and the Raiders have fared well offensively at various positions, with players having been placed in the top 10 of several rankings by different sports pundits.

That trend continued on Tuesday with Pro Football Focus (PFF) ranking the Raiders’ tight ends No. 8 in the NFL. PFF is an analytics-based website, so metrics are key to their rankings. (It is ranking the tight ends as complete units and just not ranking the starters.)

Still, the starters are driving the rankings. San Francisco is ranked No. 1 and their starter, George Kittle, is widely considered the best tight end in the NFL heading into the 2002 season. Kansas City is ranked No. 2 and, of course, star Travis Kelce is considered an elite player at the position.

ESPN recently ranked Raiders’ starting tight end Darren Waller as the No. 5 tight end in the NFL. Waller heads a deep tight end group in Las Vegas. Second-year player, Foster Moreau, who is coming off of a knee injury, flashed as a rookie. The Raiders signed future Hall of Famer Jason Witten this offseason. He likely won’t play much, but he will be a factor in the red zone and backup Derek Carrier is a good blocker.

Here is some of what PFF had to say about the Raiders’ tight ends:

As long as Waller continues his ascent to one of the NFL’s most dangerous tight ends, the Raiders will rank near the top of the league, though they could use more juice among the backups.

The Raiders’ offense is banking on a big uptick in production in 2020. If Waller and crew can stay healthy. That will help Las Vegas take the next step on offense.