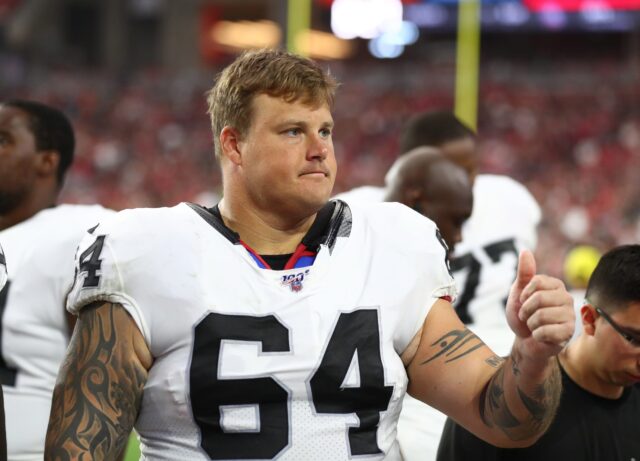 Although the Las Vegas Raiders revamped the roster, one position group to watch will be the offensive line.

The Raiders last offseason surprised the NFL when it decided to trade away good veterans to restore their cap sheet. Parting ways with Rodney Hudson and Gabe Jackson gave them flexibility, but the quality of play in the trenches took a noticeable dip.

One veteran who never got a real shot to contribute during the previous regime was Richie Incognito. The guard looked solid in the 14 games he got to suit up in, but unfortunately, injuries got the better part of him.

Having not played since 2020, Incognito finally decided to hang it up and call it a career via Paul Gutierrez of ESPN:

Richie Incognito, who said he found acceptance with the Las Vegas Raiders after a star-crossed and controversy-filled career as one of the more physical offensive linemen of his era, announced his retirement on Friday.

Although his time with the Silver and Black was short, Incognito said Las Vegas was the perfect fit for him.

“It felt like home the minute I got here,” Incognito said in letter posted on the Raiders’ website, “and I’d gotten this ‘bad boy’ reputation, but it just fit with the Raiders. They trusted who I was, and they let me play. And I played my ass off just to repay them for the opportunity.

“I love the Raiders organization, and Mr. [Mark] Davis means the world to me. It’s why after four teams and 15 years, I’m retiring a Raider.”

Any time a player’s body goes through as much as Incognito’s did, retirement is generally the logical option. However, the offensive lineman is at peace with his decision and is proud of how his career played out.

“I’ve dealt with injuries the last two years I never had before in my career,” Incognito said. “My body told me it was time, and I knew I was ready to hang them up. And though some in my inner circle might not believe me — I’m ready. There’s no turning back.

“I came back. I set my mission. I accomplished my goal.”