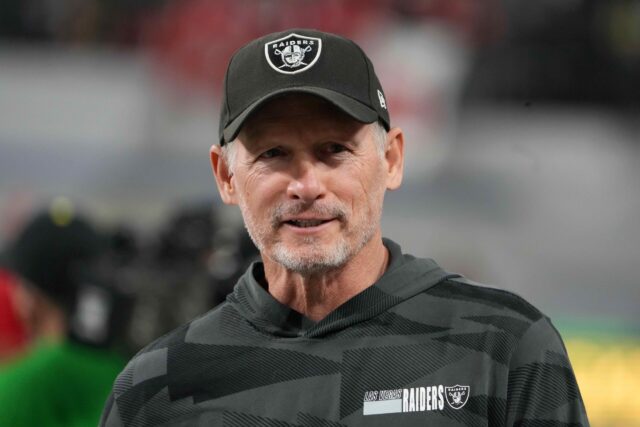 The Las Vegas Raiders made two big changes at the top this offseason, bringing in Josh McDaniels as the team’s new head coach and Dave Ziegler as the new general manager. The franchise parted ways with previous GM Mike Mayock after the team was eliminated from the playoffs. While interim coach Rich Bisaccia was considered for the permanent head coach position, the team ultimately went in another direction.

Mayock recently spoke on this, saying that he has long believed that Bisaccia would make a great head coach and that the two of them were in position to take the Raiders to the next level, via Wilton Jackson of Sports Illustrated:

“The two (special teams) guys I pushed for for years to be head coaches were John Harbaugh and Richie Bisaccia,” Mayock told the 33rd Team. “I thought both of them would be special head coaches. To the point where I recommended both of them to Boston College, a school near and dear to my heart, back in 2007. Harbs [Harbaugh] interviewed for the job and didn’t get it. The following year he got the Ravens job and is one of the best coaches in the league.

“In my mind, I felt Richie [Bisaccia] had earned [the opportunity to be the Raiders head coach]. I thought we worked incredibly well together […] “We had one of the youngest rosters in the league,” Mayock said. “Our salary cap situation was outstanding. We felt like we had the right kind of people in the building … now let’s continue to build on it.”

It is hard to argue that the Raiders were in a great position to build on the previous season, and to their credit, Ziegler and the new Raiders front office have done just that, acquiring Davante Adams and signing Chandler Jones while also agreeing to a new extension with quarterback Derek Carr. Whether or not these things would have happened without the regime change is anyone’s guess, but Ziegler has certainly got the ball rolling.

McDaniels being the right choice as head coach remains to be seen and won’t be known until the Raiders take the field, but he has certainly earned himself another head coaching opportunity. Bisaccia’s performance last season showed that he is more than capable of leading a team and should get the chance one day. The Raiders simply made the move they felt was best for the franchise.