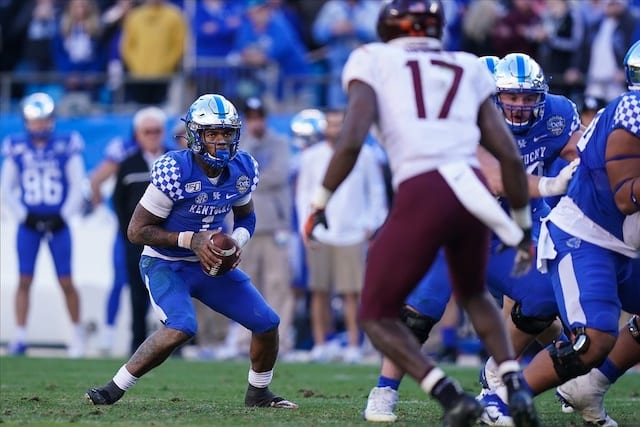 The Las Vegas Raiders received a bit of a scare on Wednesday morning when it was reported that rookie running back Lynn Bowden Jr. was detained and potentially arrested after a house was searched by the police in Youngstown, Ohio.

It was the second scare they received on one of their rookies in the last week as Henry Ruggs III recently avoided significant injury when he punctured his thigh helping his friend move.

While there weren’t many details known on the incident involving Bowden, the Raiders released the following statement on the matter:

“The Raiders are aware of the situation and are in communication with Lynn Bowden Jr. We will not be commenting further at this time.”

Bowden’s mother, Melissa Phillips, came to her son’s defense on social media by saying that he did nothing wrong and was not arrested:

Bowden’s sports agency also came to his defense by officially announcing that no arrests were made after the incident at his grandmother’s house, allowing the Raiders organization and fans to exhale:

While it is still unclear why the house was being searched by the police, it is good to see that Bowden didn’t do anything wrong and isn’t being disciplined.

The Raiders roster has undergone a lot of changes this offseason with a lot of talent being brought in through the draft and free agency. Bowden will likely serve as the team’s swiss army knife on offense due to his ability to throw, catch and run, so the Raiders can’t afford to have him dealing with any legal issues at this time.

The post Raiders News: Lynn Bowden Jr. Detained At Home In Ohio But Not Arrested appeared first on Raiders Newswire.