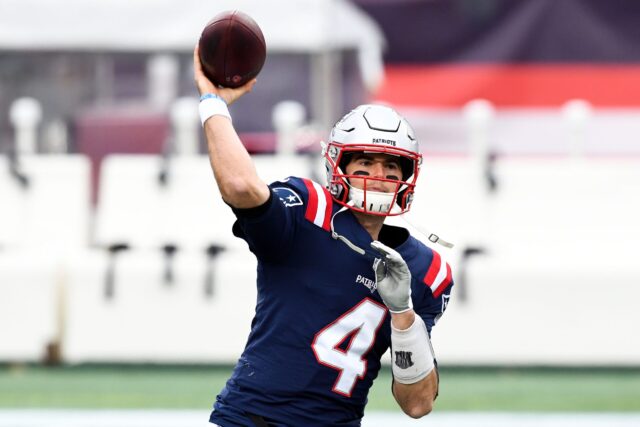 The Las Vegas Raiders have been as busy as any team in the NFL during this offseason, with the new regime trying to get acclimated while also building a competitive football team for next season.

The latest move has Josh McDaniels’ fingerprints all over it, with the Raiders acquiring quarterback Jarrett Stidham from the New England Patriots, according to Tom Pelissero of NFL Network.

The #Patriots are trading QB Jarrett Stidham and a seventh-round pick to the #Raiders for a sixth-round pick, per source.

Stidham was groomed by McDaniels in New England, with many believing he’d eventually become the starter for the foreseeable future in the post-Tom Brady era. The arrival of Mac Jones last season ended any hope of Stidham getting the call from Bill Belichick, but McDaniels still sees something in this 25-year-old out of Auburn University.

With Marcus Mariota now getting the starting job with the Atlanta Falcons, the Raiders had a big hole to fill behind star quarterback Derek Carr. The team had already brought in Nick Mullens and Garrett Gilbert, making the move to get Stidham an interesting one, especially considering Las Vegas having to give up a sixth-round pick in exchange for him.

During his two seasons with the Patriots, Stidham played in only eight games for Belichick and company. He threw for 270 yards, four interceptions and two touchdowns with a completion percentage of 50.0%.

It’ll be interesting to see what McDaniels has in store for the quarterback position with four of them now on the roster. Carr’s starting job is in no immediate danger, with the team recently signing him to a massive contract extension, which has secured his long-term future with the team.