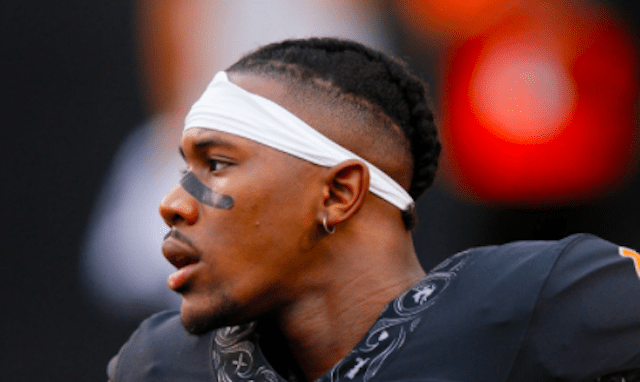 The Las Vegas Raiders have a busy offseason ahead as they look to keep pace in what is shaping up to be a competitive AFC West.

The Kansas City Chiefs will likely be the favorites to make it to the Super Bowl, while the Denver Broncos and Los Angeles Chargers look to take a leap with their young rosters. The Raiders have issues they need to figure out defensively but have the talent on the offensive end to make some noise during the 2021 season.

Las Vegas is hoping new defensive coordinator Gus Bradley will be able to right the ship for a defensive unit that was inconsistent during the 2020 season. The lack of pressure up front and the busted coverages in the secondary were major issues and the team knows they must improve in those areas if they want to be competitive.

However, the Raiders appear as though they may be out some some cornerback depth because according to Jonathan McCall of KRON 4, Kemah Siverand was arrested for street racing:

Siverand landed on the Raiders practice squad last October and the team eventually signed him to a reserve/future contract this past January. This is not the first time Siverand has exhibited poor decision-making as he was waived by the Seattle Seahawks last August for trying to sneak a woman into the team’s training camp hotel, breaking coronavirus (COVID-19) protocols.

The Raiders have yet to comment, but that kind of behavior cannot be tolerated from the organization and has likely cost Siverand a chance at making the roster. Fortunately, Las Vegas should be able to fill the secondary needs via the draft or free agency.