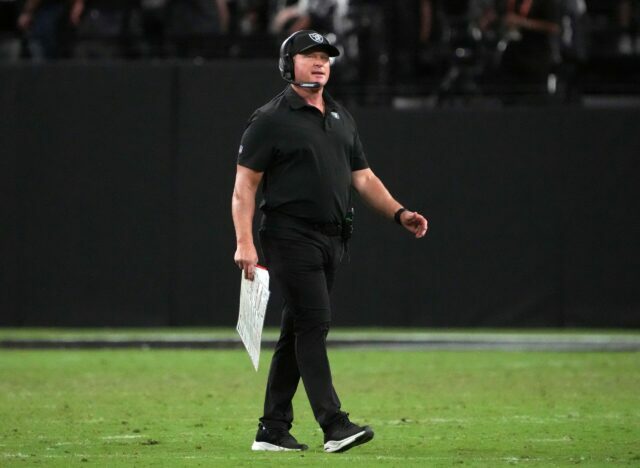 Week 1 of the 2021 season got off to an explosive start after the thrilling contest between the Tampa Bay Buccaneers and Dallas Cowboys, but the Las Vegas Raiders put on a show to close the slate of games out after picking up an impressive win against the Baltimore Ravens.

It was a sloppy start to the game as both teams tried to settle in during their first taste of regular-season action, but ultimately the Raiders and Ravens found their stride and traded blows in the second half. Baltimore looked like they were going to escape with a win after kicking a field goal that put them up 27-24 in the final minute, but Derek Carr was able to march the team down the field and set up their own field goal that forced the game into overtime.

The ensuing overtime period was as dramatic as one could have imagined as the Raiders somehow turned the ball over in the red zone, but the Ravens one-upped them after Lamar Jackson lost a costly fumble. Carr took advantage of the turnover and iced the game after finding Zay Jones for the game-winning touchdown.

Head coach Jon Gruden summarized the game in a way only he could. “I felt like I died and woke up, and died again. Feels like a cat – I had multiple lives tonight. I don’t like playing like that. It was tough, but again we did a lot of good things to win that football game tonight.”

It certainly felt like the Silver and Black were going to blow the game after a tipped ball led to a Baltimore interception, but Las Vegas and the defense were able to rally and force the Jackson fumble. Defensively, the Raiders held up well throughout the night as they did a solid job on passing plays and were able to get pressure on Jackson.

Even though the Ravens have been snake-bitten by injuries, this is a great win for the Raiders, and hopefully, they can carry this type of momentum heading into Week 2 against the Pittsburgh Steelers.

The post Raiders News: Jon Gruden Feels Like He ‘Died’ After Thrilling Win Against Ravens appeared first on Raiders Newswire.