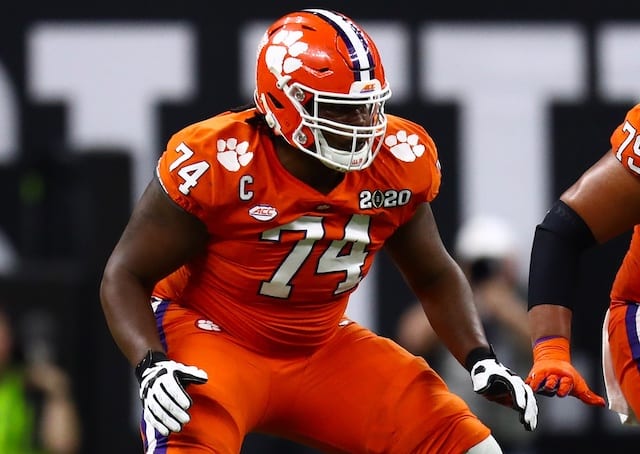 Although most of the attention surrounding the Las Vegas Raiders has been fixed on the new additions to the offense, their biggest strength still lies along the offensive line.

The Raiders’ efforts to assemble a formidable front have paid off with a talented group of veterans led by Trent Brown, Rodney Hudson and Gabe Jackson. They managed to alleviate this experience by grooming former first-round pick Kolton Miller as their new left tackle.

However, it appears left guard Richie Incognito is still making quite an impression on the new faces in Las Vegas. Rookie guard John Simpson is among those relishing in the opportunity to learn from a player he has long admired and centered his game around.

Simpson says Incognito wasted no time taking him under his wing this offseason, via Kyle Martin of the team’s official website

“I kind of model my game after [Richie Incognito] I guess,” Simpson said this offseason.

“I’ve met with Richie a few times,” Simspons shared, “Me and him have actually hung out a few times, and he’s a really good guy. He shows me the ropes of everything. He shows me what he needs to do — he’s been in the league going on 15 years I think. He’s a guy that I definitely look up to because he plays like how I want to play.”

“John is a good kid, he has a good head on his shoulders,” Incognito said. “He works hard, he cares about football. I’ve worked with him on technique as much as I can to get him up to speed on the pro level. He’s been working hard, he’s been making improvements, and the future looks bright for the young guy.”

While Incognito may have carried an unfavorable reputation throughout his NFL career, teammates and coaches have shared nothing but praise for him since his arrival prior to the 2019 campaign. Simpson’s comments certainly help to solidify that notion.

The Raiders may be set at offensive line in terms of starters, however, they are all too familiar with the importance of securing quality depth given all the injuries that transpired with this group last season.

Simpson will have ample time to focus on his development following an unprecedented offseason due to the coronavirus (COVID-19) pandemic. It is safe to say that having Incognito should help pay huge dividends for his progression in the near future.