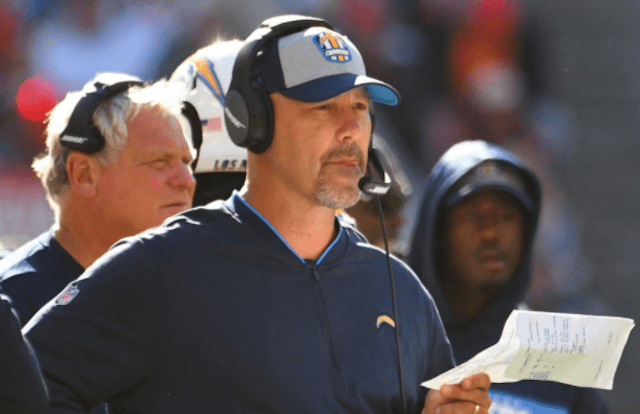 Although there were a number of factors that attributed to the Las Vegas Raiders’ 8-8 finish in the 2020 NFL season, it was the defense that proved to be the most disappointing.

Once again, this porous group led by defensive coordinator Paul Guenther failed to improve this year and it ultimately cost the team some crucial games down the stretch. The 44-27 loss to the Indianapolis Colts ultimately led to Guenther’s firing and he was replaced with defensive line coach Rod Marinelli as an interim.

The Raiders have since announced Gus Bradley as their new defensive coordinator going into the offseason. It appears he already has an idea of his vision for this defense.

Las Vegas has made staunch efforts to improve this unit through free agency and the draft. It seems their efforts have not gone unnoticed by Bradley, via Vic Tafur of The Athletic:

Bradley was impressed with Gruden, Mayock and Davis’ “vision … and how closely they worked together.”

Bradley added that his plan to improve this defense will start up front at the line of scrimmage:

Bradley wants to build up the defensive line “and then fill in the gaps from there.”

Bradley was most notably the coordinator for the Seattle Seahawks’ “Legion of Boom” secondary from 2009 through 2012. He is coming off a solid stint that saw the Los Angeles Chargers finish the season as the No. 10 total defense that recorded 19 takeaways.

The Raiders are hoping that this will carry over for them after finishing in the bottom of the league in most major categories. This includes finishing as the No. 25-ranked total defense and 30th in takeaways with a mere 10 interceptions and five fumbles recoveries. They also gave up a franchise-record 478 points.

Bradley’s comments indicate that he is looking to provide some help for defensive ends Clelin Ferrell and Maxx Crosby by generating more of a push from the inside. This would free them up to focus more on providing pressure off the edge and getting to the quarterback while sealing the outside against the run.

Fortunately, this young Raiders’ defense boasts promising talent at each level. The onus will now fall on Bradley to find a way to put it all together.