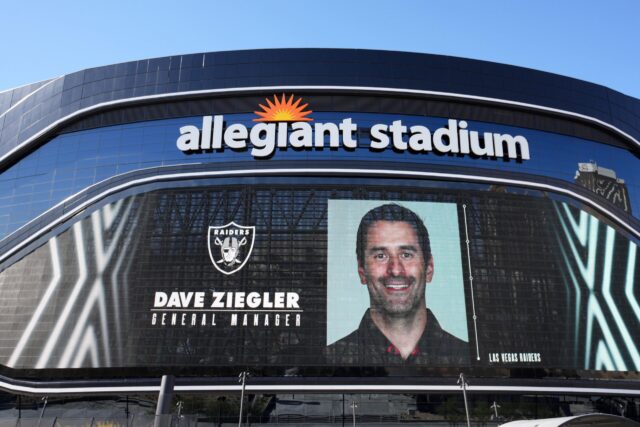 This has been perhaps the most active offseason with more big moves being made than any other in the history of the NFL. In what has been more reminiscent of an NBA offseason, the NFL has seen a number of big players change teams and the Las Vegas Raiders are right there in the thick of things.

The addition of arguably the best wide receiver in the league in Davante Adams as well as one of the best pass rushers on the market in Chandler Jones makes the Raiders one of the big winners in free agency this year. Unfortunately, they are just one of many teams in the AFC to make some major moves and still face some serious competition.

In their division alone, the Broncos traded for Russell Wilson, and the Chargers have added a very familiar face to Raiders fans in Khalil Mack, while the Chiefs traded away their top receiver in Tyreek Hill. That is to say, nothing about the rest of the AFC and Raiders GM Dave Ziegler admitted at the NFL’s owner meetings that the AFC as a whole is going to be a serious challenge, via Rachel Gossen of Raiders.com:

“If you’re a fan of the AFC West, it’s been exciting. From a fan perspective, I think it’s exciting. The NFL is highly competitive as is, and in our conference, there’s been a lot of talented players – high-profile players I should say – that have been added. That makes it that much more exciting. You know you’re going to have to gear up week in and week out.”

The Raiders are arguably the toughest division in the NFL, but the rest of the conference is no joke either. The Browns added quarterback Deshaun Watson, Indianapolis dealt for Matt Ryan, the Titans traded for receiver Robert Woods and the Dolphins added Tyreek Hill. And that’s not to mention teams who have been at or near the top of the AFC such as Baltimore, Buffalo, and of course, the defending AFC Champion Cincinnati Bengals.

It looks as if there will be very few easy wins throughout the conference and while that is definitely exciting for fans as the games will be must-watch, it makes the road for the Raiders that much more difficult, even with the outstanding additions the team has made so far.