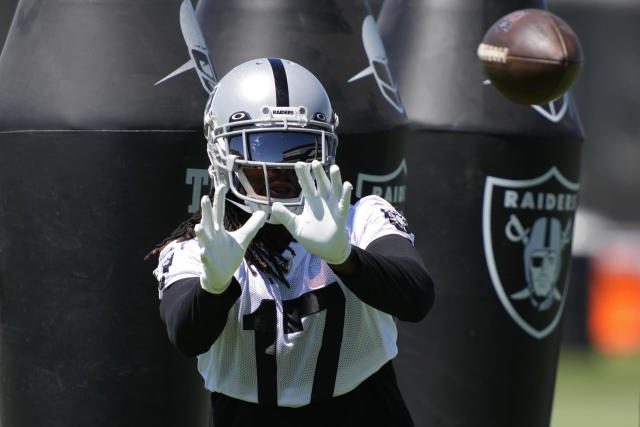 All eyes will be on Davante Adams when he makes his on-field debut for the Las Vegas Raiders during the 2022 season.

The Raiders knew they needed to make a blockbuster move when the AFC West loaded up in the offseason, and trading for the five-time Pro Bowler was a step in the right direction. With a talented core of receiving threats, Adams gives Las Vegas perhaps the final piece they needed to climb into the Super Bowl conversation.

For years, Adams has been widely considered to be the best receiver in the league, and EA Sports recognized that when they bestowed him with another perfect 99 rating in the upcoming Madden 23 via their Twitter account.

This is the second consecutive season Adams has earned a 99, and it’s the highest rating for a Raiders receiver since Randy Moss was with the team back in 2006. No one can question his elite production on the field, as he is arguably the best route runner and pass catcher in the league today.

Right behind him is the Los Angeles Rams star and reigning Super Bowl LVI MVP Cooper Kupp, who received a rating of 98, though some might argue he should’ve been given a 99 like Adams. The top-10 list also includes familiar faces like Tyreek Hill and Deandre Hopkins, while young up-and-comers like Justin Jefferson and Terry McLaurin also get their place in the spotlight.

It remains to be seen whether or not Adams will be able to maintain the same success he had with the Green Bay Packers, but no one can doubt the talent and ability are there to do so. The Silver and Black faithful have been wishing to see Adams play for their team for years, and now they finally get their wish.