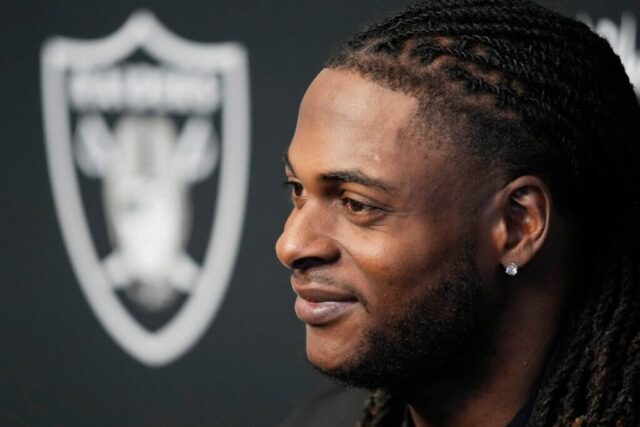 With Davante Adams donning the Silver and Black, the Las Vegas Raiders suddenly find themselves with a shot at a Super Bowl run.

Adams is a special offensive player who can prop up any team, but he is joining an already talented Raiders squad. Darren Waller and Hunter Renfrow are two of the most reliable receiving options at their position, while Josh Jacobs remains a key part as the leader in the backfield.

What makes Adams so dangerous is his ability to line up all across the formation, and he acknowledged that is something he is looking forward to. “Well, yes, but not in the same sense where I’m watching one guy. I’m excited because I just look at all the routes that are being run and Josh has such a way to be able to move me around and move other people around to be in certain positions on the field to be it the most advantageous spot.

“So, that’s what excites me. And having the company that I have, really everybody, but Darren and Hunter, those are two guys that if you want to come double and triple me, which has happened, it puts a lot of stress on the rest of the defense because now they got to go cover one on one with Hunter in a slot and that’s too much room to give a guy like that to go out there and operate. So, I think about it more of a team, big picture, and I definitely get excited when I see some of the routes, but it’s more so just knowing that I can be anywhere on the field and have the potential to make a big play.”

Head coach Josh McDaniels is a creative offensive mind who will surely be able to make use of Adams’ versatility, meaning the star receiver should be in line for another productive season.