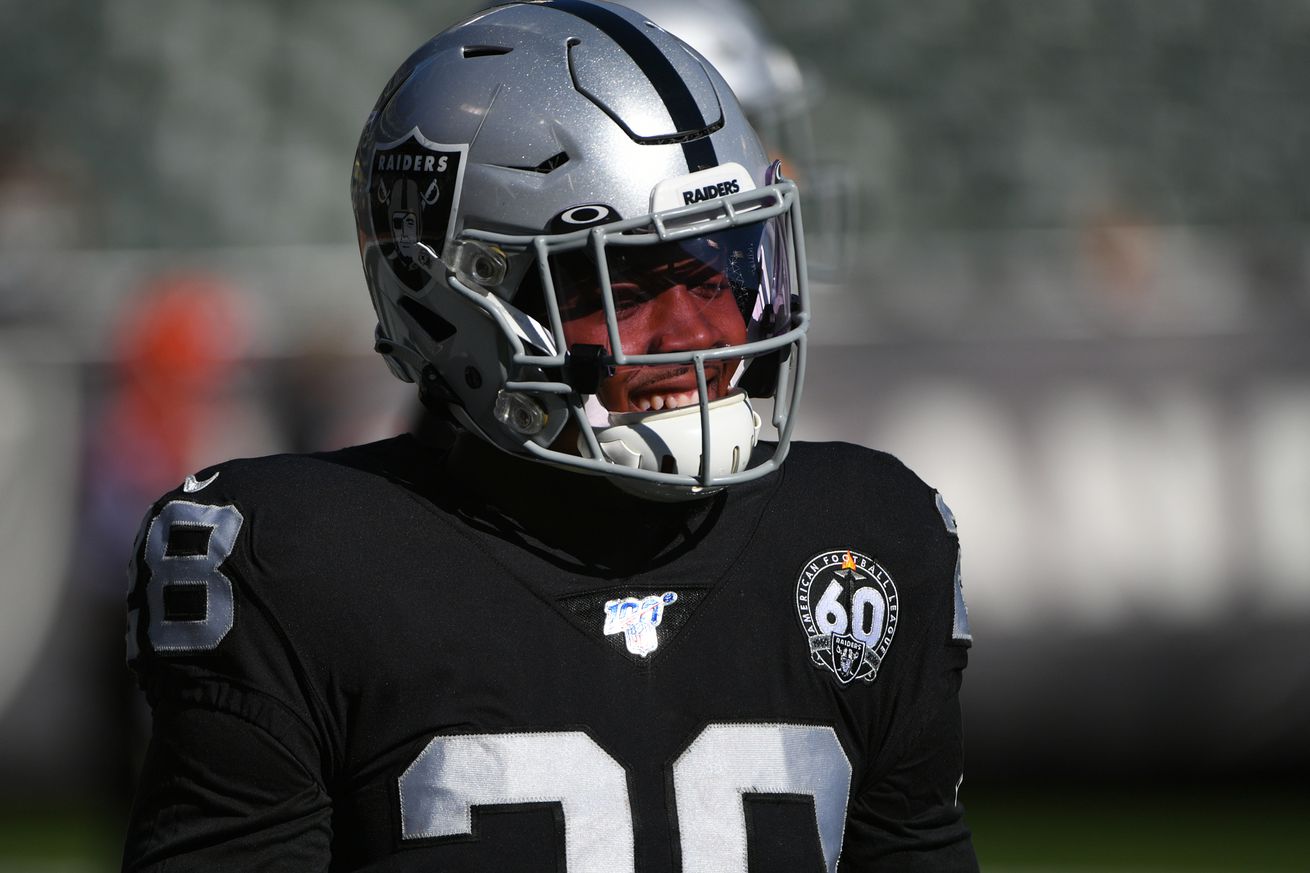 A lot of people thought Josh Jacobs should have taken home Rookie of the Year honors last season. It was a great rookie campaign for the 21-year-old. In only 13 games, Jacobs rushed for 1,150 yards with seven touchdowns. He averaged nearly five yards per carry, and just under 90 yards per game.

Jacobs looks to build on that in 2020, and hopefully play every game and improve his numbers across the board. If he has any hopes of taking his game to the next level, there is something he’ll need to add to his repertoire.

Last year, Jacobs only had 20 receptions for 166 yards. He had 27 targets, so he was essentially averaging only two targets a game. If the Raiders and Jacobs want to take his game to the next level, they’ll need to get him more involved in the passing game.

The Las Vegas Sun had a great in-depth piece yesterday on Jacobs and the importance for him and the Raiders that he become a bigger option for Derek Carr.

To be an elite running back today, a player has to add value in the passing game as well. McCaffrey is the greatest example of that, as he caught 116 passes for 1,005 yards in 2019, but he’s not the only back putting up big receiving stats. Elliott, Barkley and Dalvin Cook each ran for more than 1,000 yards while catching more than 50 passes, and Alvin Kamara caught 92 balls for 993 yards.

They’re not wrong. Aside from Derrick Henry, most of the top running backs in the game today add their pass-catching ability. The Raiders have added more wide receiver talent this offseason, so it’s tough to see a significant increase in Jacobs’ targets.

Even if they can bump it up one a game, where Jacobs is getting three targets a game, it can significantly help booster the Raiders’ offense in 2020.

What’re your thoughts on Jacobs becoming more involved in the passing game?