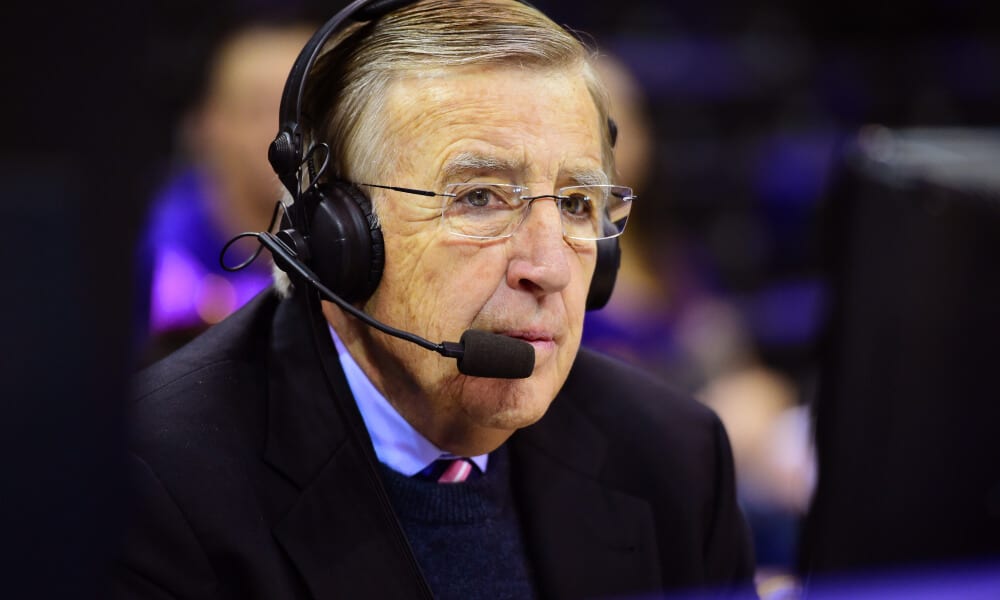 The Las Vegas Raiders have undergone a number of changes this offseason, with the front office, coaching staff, and roster itself all seeing some new faces brought in. And now, those changes will also be taking place among the broadcast team as well.

Brent Musburger took to his official Twitter page to announce that he will no longer be part of the Raiders’ radio broadcast team as the play-by-play announcer:

Many thanks to the @Raiders organization for fond memories. I’ll miss broadcast partner Lincoln Kennedy and the radio production crew. What’s next? I hear Mike Trout might step down as commissioner of his fantasy league. You never know!

Musburger had been part of the Raiders’ radio broadcast team since 2018, and there was no official reason given for his departure.

Nonetheless, Musburger is one of the most well-known commentators in sports broadcasting history. He originally came to fame in the 1970s and 80s with his work on The NFL Today with CBS, which was unanimously considered the top NFL pregame show. He ultimately became the top play-by-play announcer for CBS’ coverage of the NBA Finals, college basketball, and college football.

He would then join ESPN and ABC family, where he was one of the top college football play-by-play announcers, calling numerous BCS National Championship games and ABC Sports’ college football prime time series.

What is next for Musburger is unknown, as is who will be replacing him as the Raiders’ radio play-by-play announcer.