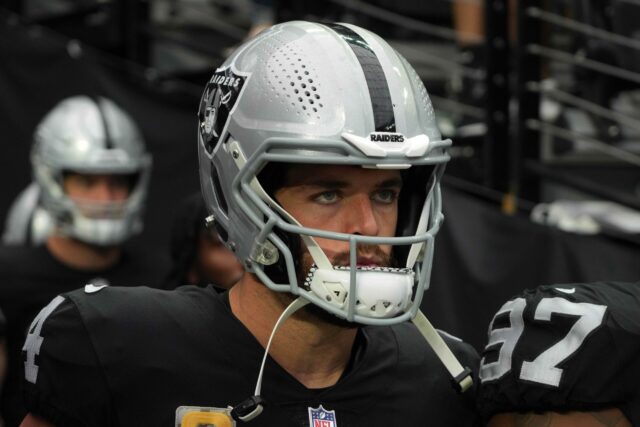 It feels like a new era for the Las Vegas Raiders after their successful offseason of acquiring stars to bolster their shot at making a Super Bowl run.

The AFC West projects to be the toughest division during the 2022 season, so new general manager Dave Zeigler made sure to bring in top talents like Davante Adams and Chandler Jones. With new head coach Josh McDaniels at the helm, the Raiders project to be a better team, though it remains to be seen how it will come together on the field.

Following the 2022 NFL Draft, fans eagerly awaited the release of next season’s schedule. For the Silver and Black faithful, the team released their schedule via their Twitter account:

The Raiders had fun with the announcement, releasing a video featuring a mail carrier losing the schedule that takes the viewers through Sin City with it eventually ending with Maxx Crosby at Allegiant Stadium viewing their complete list of games:

Las Vegas gets the honor of playing the annual preseason Hall of Fame game against the Jacksonville Jaguars with the rest of the slate including the Minnesota Vikings, Miami Dolphins, and New England Patriots. The Raiders then pick up where they left off during the 2021 campaign as they get a date with the Los Angeles Chargers who they beat in the final week to get to the Wild Card round.

Their home opener at Allegiant will come against Jones’ former team the Arizona Cardinals, and they get three more primetime games against the Kansas City Chiefs, Los Angeles Rams, and Patriots. With all the numerous storylines, the Raiders will be in the mix for what looks like a competitive and exciting year for football fans.