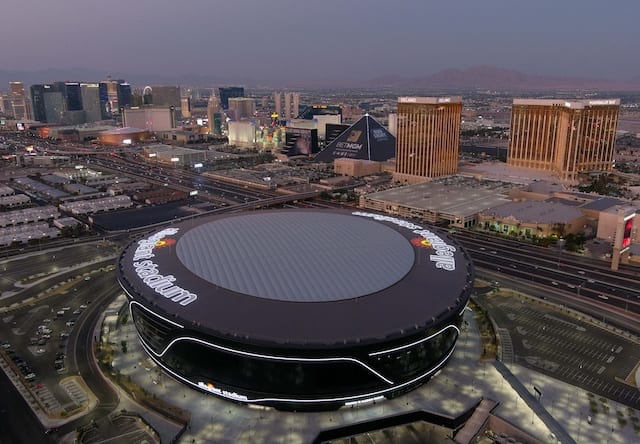 This year was supposed to be a coronation of the NFL in Las Vegas after the Raiders moved there, building the brand new state-of-the-art Allegiant Stadium.

Unfortunately, the coronavirus (COVID-19) pandemic has put a halt to a lot of those plans. The first change was the 2020 NFL Draft as Las Vegas was set to play host but it was forced to be done virtually.

The NFL has been able to move forward with the 2020 season amid the pandemic, which gave people optimism that the 2021 Pro Bowl would take place as scheduled in Las Vegas.

That is no longer happening though as the NFL announced this week that they are cancelling the Pro Bowl game itself, reimagining it altogether. The NFL will continue to recognize the players’ outstanding seasons with Pro Bowl nominations and fans will still get to vote, however, no game will be played due to the pandemic.

Instead of a game, the NFL and NFLPA are working together to create a variety of engaging activities as a replacement. It remains to be seen whether those will be in Las Vegas or done virtually.

Another announcement the league made is that the 2022 Pro Bowl will take place in Las Vegas, which comes as no surprise considering they didn’t get to host it this year.

As far as the 2021 Pro Bowl goes though, voting begins on Nov. 17 and the full rosters will be revealed in December, where the players are determined by the votes of fans, players and coaches.

Las Vegas is also working to host a Super Bowl in the near future with 2024 seeming to be a realistic possibility.

The post Raiders News: 2022 Pro Bowl To Be In Las Vegas After 2021 Game Was Reimagined appeared first on Raiders Newswire.